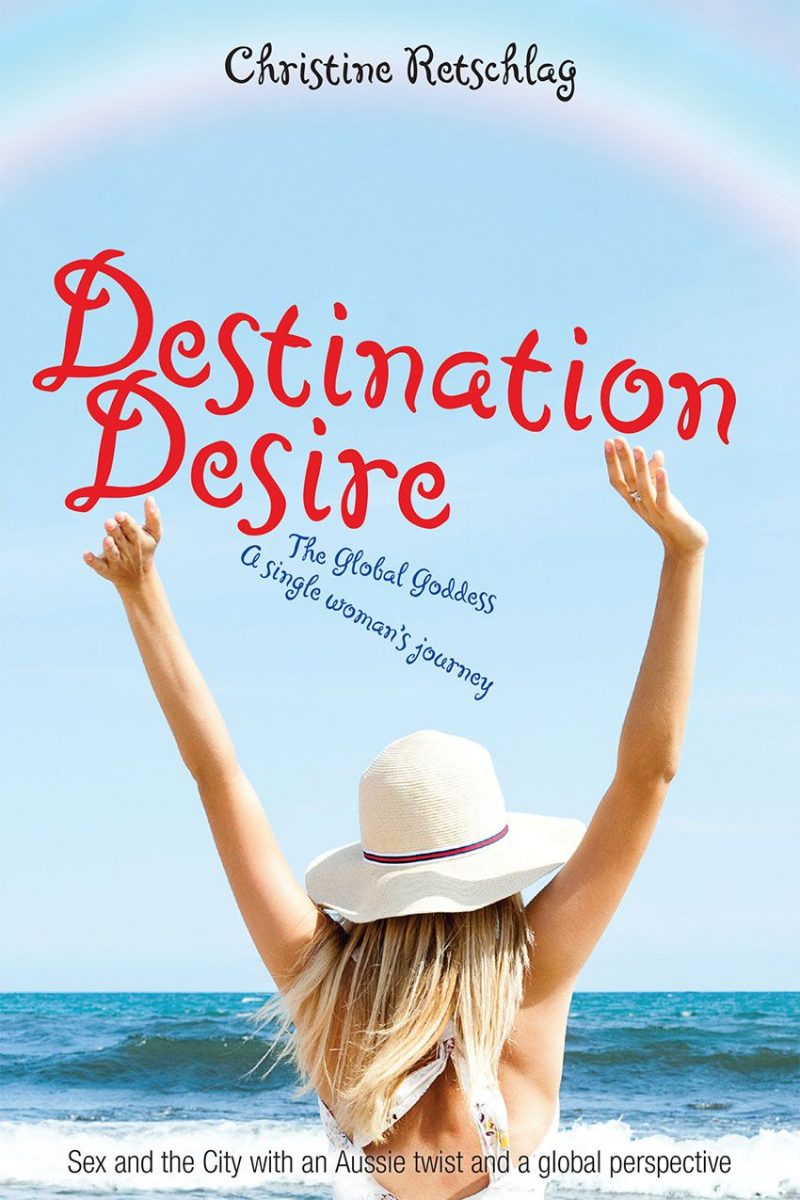 At the age of 38 and suddenly single after a 22-year relationship, Australian journalist and travel writer Christine Retschlag spent the next five years falling apart in all sorts of hilarious and disastrous manners and destinations around the world.

But something happened and The Global Goddess was born. Part autobiography, part travel guide, and a whole world of fun, follow The Goddess on her dating disasters and her journeys as a single woman, looking for love in every corner of the globe.

The Global Goddess is an editor and journalist who has spent 25 years working on newspapers and magazines in Australia, Hong Kong, London and Singapore. The 2006 Australian Travel Writer of the Year (Trade/Industry) and Jack Butters Memorial Award for Travel Writing Excellence winner has also contributed to two travel books, Best Foot Forward and Red Dust and Wanderlust. In 2007, she won the title of Best Australian Story over 1000 words.

When not travelling the world, you’ll find her happily lounging on the back deck of her 1920’s Queenslander cottage in Brisbane, usually with a cold beer or a gutsy red in hand in the company of even gutsier friends, among her possums, geckos and the resident carpet snake who makes the occasional cameo appearance.

Destination Desire is available to purchase direct from the Global Goddess in either hard copy or as an EBook christine.retschlag@theglobalgoddess.com

Read more about the Global Goddess adventures on her blog.

Circumnavigating Australia on the Big Lap

Review: The Tasman – Biography of an Ocean