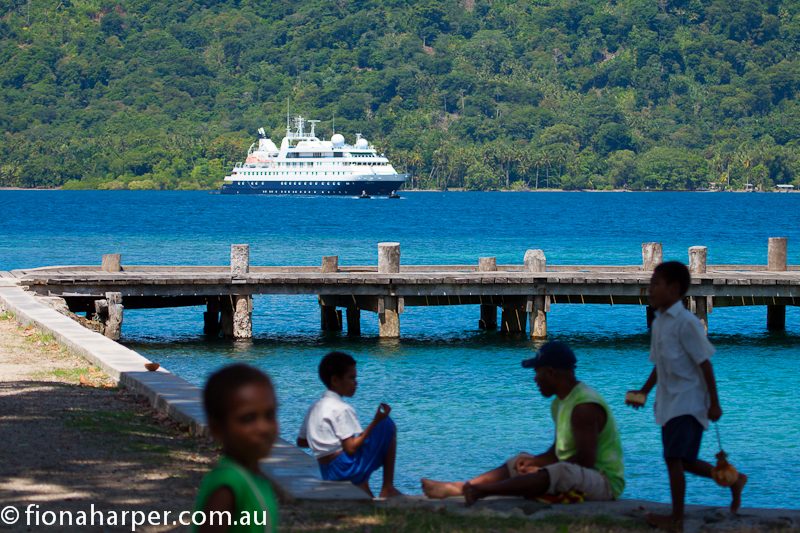 “We are extremely excited about the opportunity to offer global expedition cruising to Australians and we intend to bring the full weight of our experience and that of National Geographic to the Orion organization and the ship”, said Sven Lindblad, President and Founder of Lindblad Expeditions.

Trey Byus, Lindblad’s Chief Expedition Officer, said “The geographies that Orion has explored in the past are well known to us through the decades, but I was very much impressed with the knowledge of the Orion team.  It has been a joy working with them to develop compelling ideas for the future.”

Lindblad Expeditions has a strong affinity with the environment with the belief that a traveller’s own, individual experience can be life-changing – leading to greater understanding, appreciation and stewardship of a place on earth.  (www.expeditions.com )

Sarina Bratton, the founder of Orion, will leave the business on completion of her current contract on April 19.

“The move is both amicable and timely,” she said.  “I will welcome a break in which to travel and work on my golf handicap.”

In addition to the awards won by the company, Sarina herself was named Veuve Clicquot Business Woman of the Year, Ernst & Young’s Entrepreneur of the Year (Services) and Travel Innovator of the Year.

“Sarina has created something quite wonderful in her 9 years at the helm of Orion Expedition Cruises” says Sven Lindblad.  “We respect both her and her team immensely for what they have accomplished.  It is our job now to ensure that the Orion travelers continue to receive remarkable travel experiences, both on Orion and our other ships.  After all, it is their full faith and confidence that is the essence of this enterprise.”

Legendary ocean explorer, Valerie Taylor, a long-time collaborator and friend of Sven Lindblad and his pioneer father, Lars-Eric, said: “When Sven and members of his team came to visit me and friends in Sydney in January, we went way into the night telling stories that dated back to the 70’s.  My husband, Ron, and I went on numerous expeditions (at least 30) with both Lars-Eric and Sven and collaborated with them on building a better understanding of the ocean’s wonder and importance.  When Sven asked me if they would be interpreted as “interlopers” coming into Australia, I had to laugh.  Of course not, I said, you will be welcomed with open arms.”