How to become a Goddess

The Urban Dictionary describes a Goddess as a woman who is so beautiful, brilliant and wholesome that she is simply not like any other woman on Earth. Looking around the dinner table I realise that I’m surrounded by 13 such women.

We’ve lobbed into Seminyak, Bali from points across the globe for a seven day Surf Goddess Retreat. Mostly newbies, few of us have surfed before but have long held dreams of carving up the waves.

I confess I was a little wary at attending a women’s only retreat.

Perhaps it’s a throwback to adolescence when the pretty girls seemed so cool and aloof. Besides, like any self-respecting tomboy, I’d prefer to be out doing stuff rather than sitting on the couch talking about what others are doing. I had visions of gossiping princesses discussing the latest nail varnish colours.

But my foolish fears were groundless. We’re invited to approach the retreat with an open mind and a generous heart – which turns out to be exactly the right guidance….Read the full article at Foxtel’s Travel Channel

Fiona Harper travelled as a guest of Surf Goddess Retreats 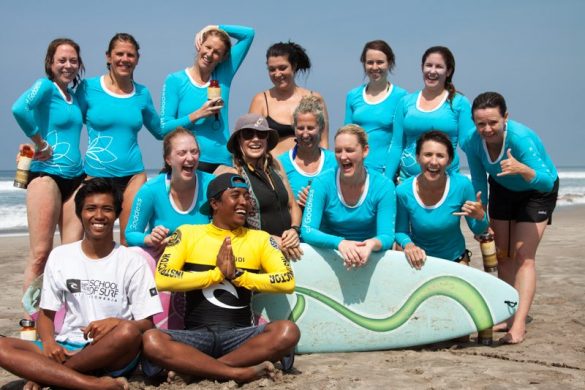 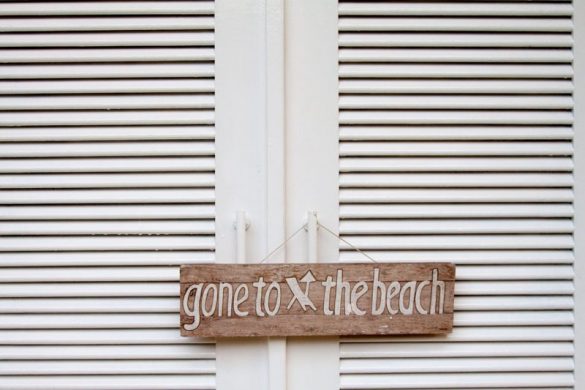 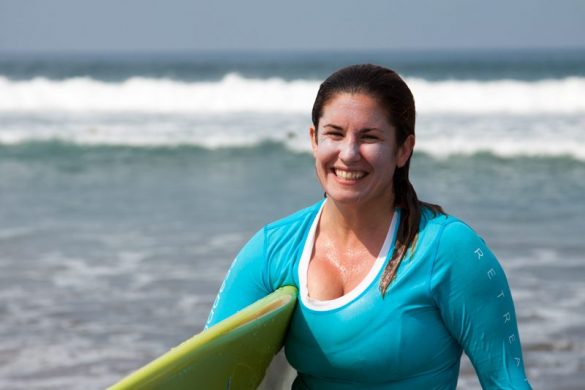 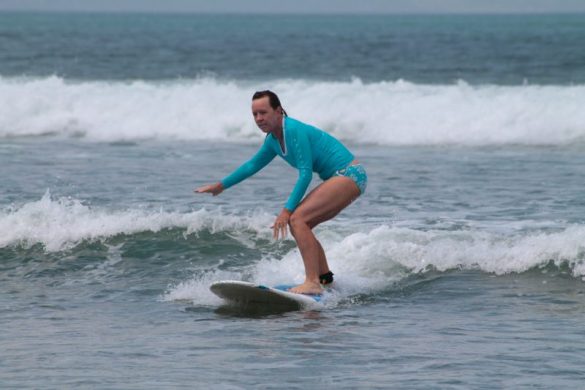 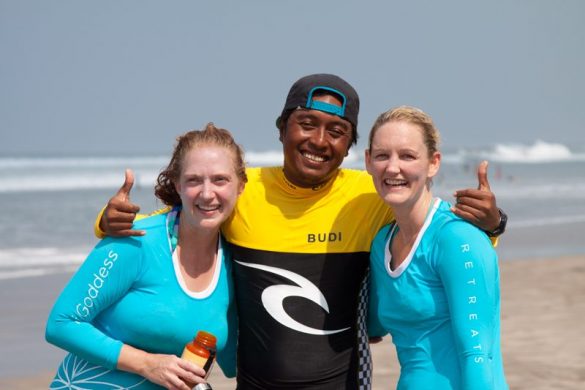 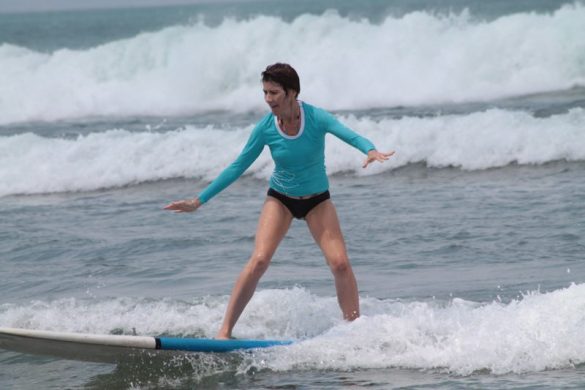 Thanks Jackie – it’s not quite so much fun sitting on the couch watching the world go by is it! Fiona