Part 2:  Awesome is as Awesome Does.

It’s cold, it’s invigorating, and it’s exciting, as the big event, 3 Marathons in 3 Days, is ready to rock. Day 1 begins from the start line in Kuranda, the village in the rainforest in the hinterland west of Cairns. Over the next three days runners will complete a trail running marathon on each consecutive day. Not an event for shrinking violets.

Lorraine, the Event Director of this little jaunt of 3 Marathons in 3 Days, gives her final Race Briefing as Fee, Leah and Wendy, amongst almost 40 runners soak up the atmosphere of the mammoth adventure that lies ahead.

We wave to Fee as she scoots past us at the start line, so keen, so enthusiastic, so full of life. We can only wonder how keen, how enthusiastic, how full of life our beloved Fee will be after 3 Marathons in 3 Days.

As the runners disappear down the road Claudette and I head for the coffee shop, bubbling along ourselves at how exciting the whole event is, reflecting on our own current sporting life………..riding in a golf buggy, which seems much more practical than running 126.6 kilometres in 3 days.

Half way mark on Day 1 is the Speewah Camping Ground, so we head off, find the place and dive into the Rainforest to meet some of the runners as they head for the halfway checkpoint and refueling stop before completing Marathon 1. We look at the terrain, the protruding roots, branches, stumps, hills, valleys and bridges, and think to ourselves that these guys really are awesome. We can actually hear some runners coming as they are laughing and chatting amongst themselves. As they make it through the forest, they even seem to be actually enjoying themselves.

No sign of Fee, but we know she is in this to get the job done, not to be first across the line. As volunteers our designated task is to help out with catering and drinks at the finish line, so we head off  to Cedar Park Rainforest Resort and set up in anticpation of for the first runners. We don’t have long to wait.

The call goes up. Runners coming! So our tight knit group of volunteers man their respective posts ready to welcome the leaders.

Would you believe it? Three guys running together, crossing the line together, arms in the air triumphant, faces cracked in beaming smiles. Looking totally Awesome. We quickly named them The Three Amigos, or the Awesome Amigos, and this three-way finish was to be repeated on Days 2 and 3, with a sprint finish to separate them on the final day.

Without exception, every runner coming in over the next couple of hours crossed that finishing line with a smile, a wave, a look of exhaustion overridden by an amazing sense of achievement.

Awesome ceases to describe these guys.

We got to know them because we were ‘Fee’s Dad and Mum’. But more than that, we got to know just what amazing people they were. Suffice to say, Day 1 was difficult, tiring, exciting, and good to have finally tucked away.

Day 2, in Fee’s own words, was” brutal”. The climbing was never ending, the mountains were higher, the valleys were deeper, the creeks were colder and the kilometres seemed to be longer.

Day 3 was easier, if you believe a marathon on the 3rd day can be easier, but at least it was the last of the 3 Marathons in 3 Days. Running back to Cairns, new fresh runners joined in for the Cairns Marathon (just a measly 42.2km) with the mood definitely festive.

At the presentations at the end of Day 3 there were winners and there were runners-ups but there were no losers. There were Definitely NO Losers.

They were all AWESOME, especially Fee, but equally so her amazing running buddies. Buddies who supported each other running, walking and clambering. Cajoling and encouraging. Swearing and sharing. Laughing and crying. Over every one of those 126 awesome kilometres. 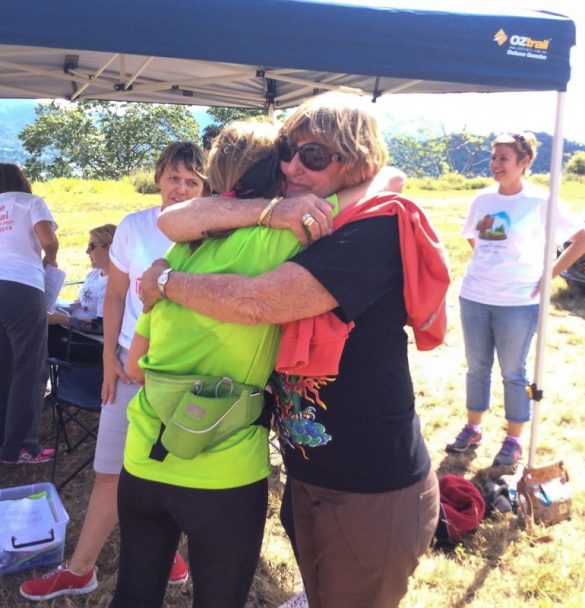 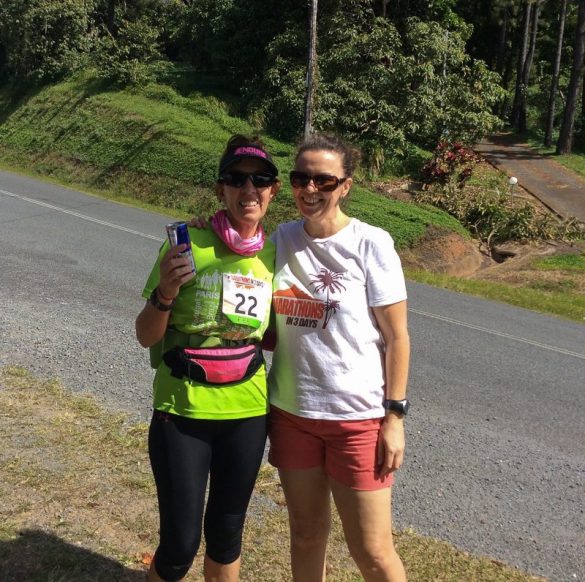 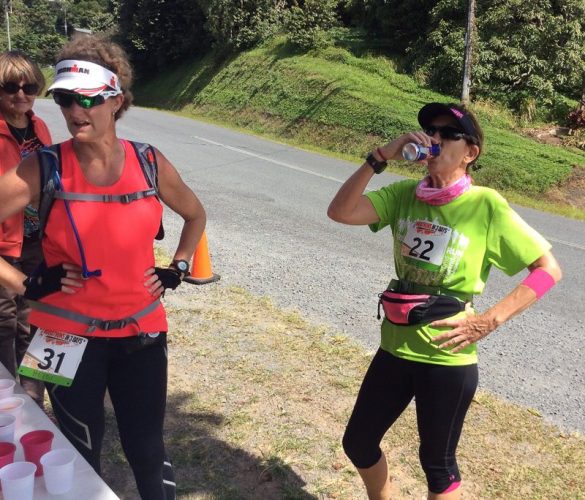 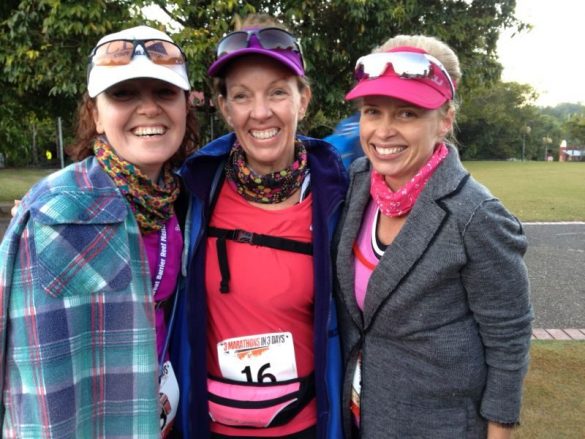 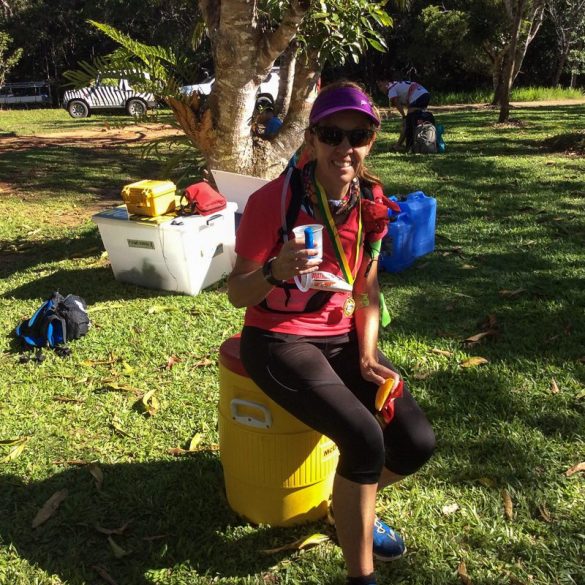 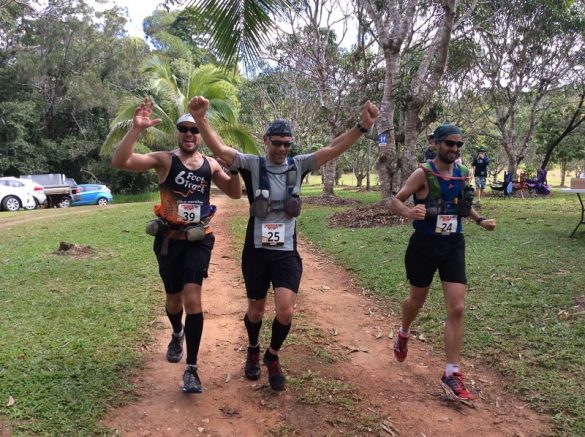 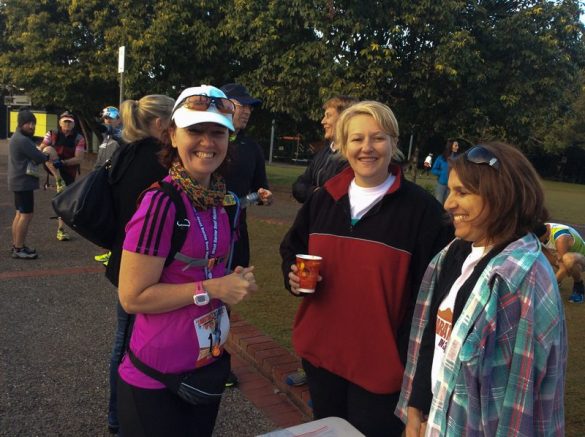 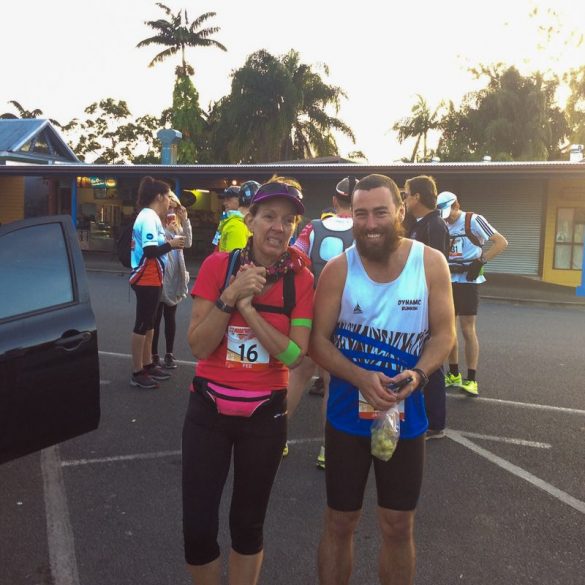 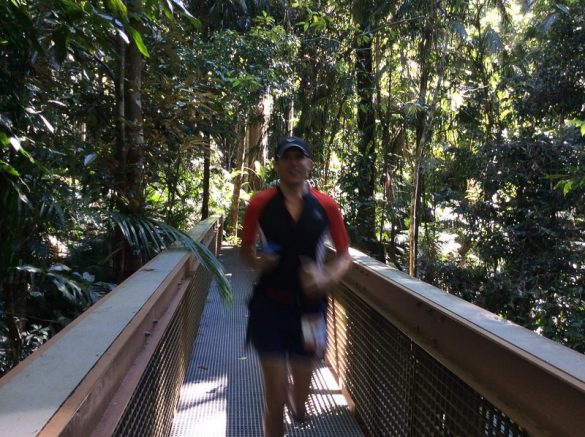 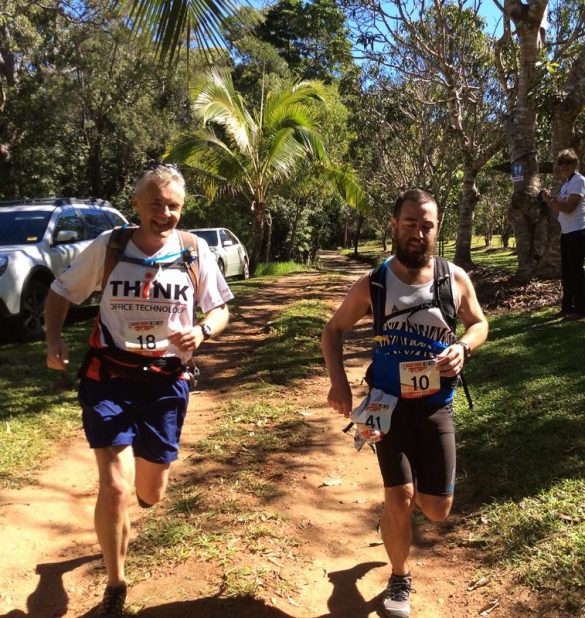 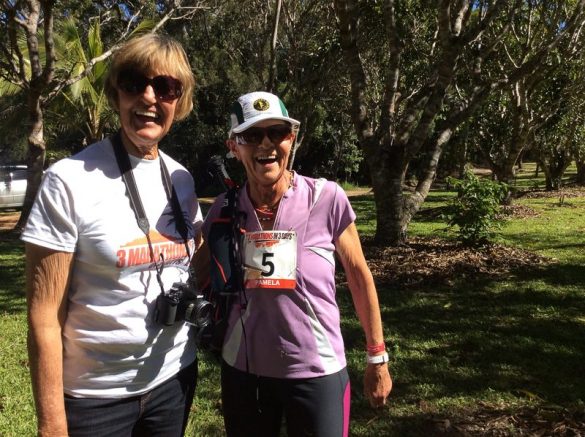 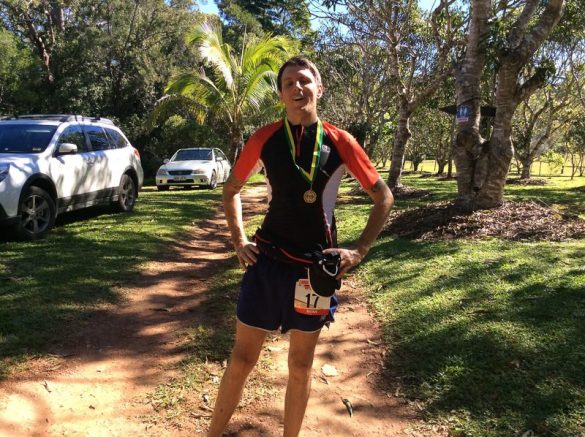 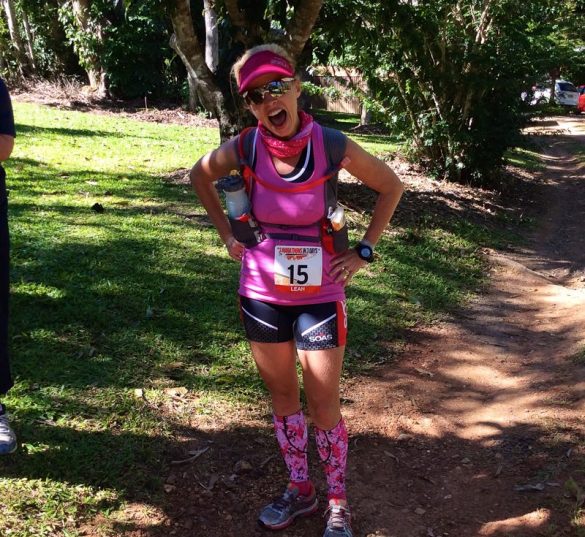 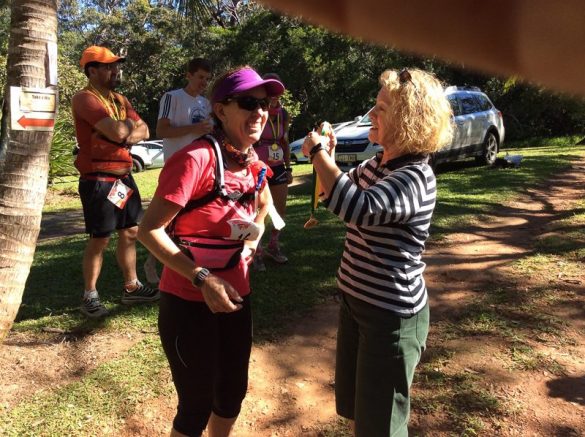 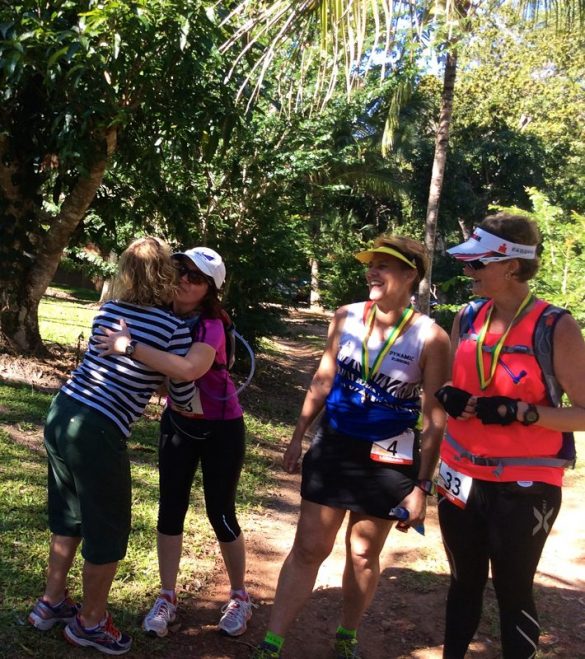 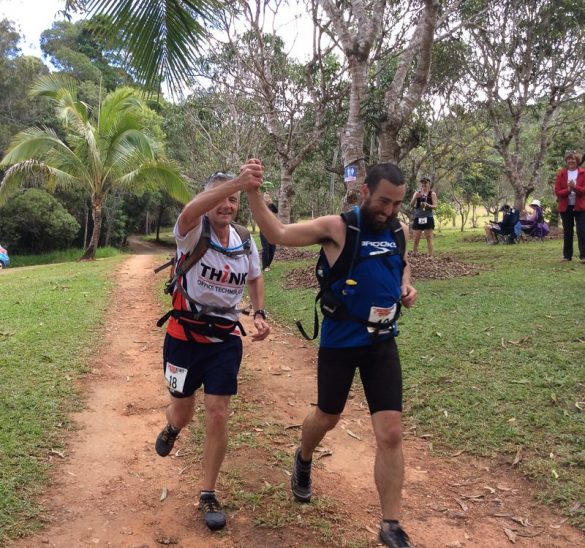 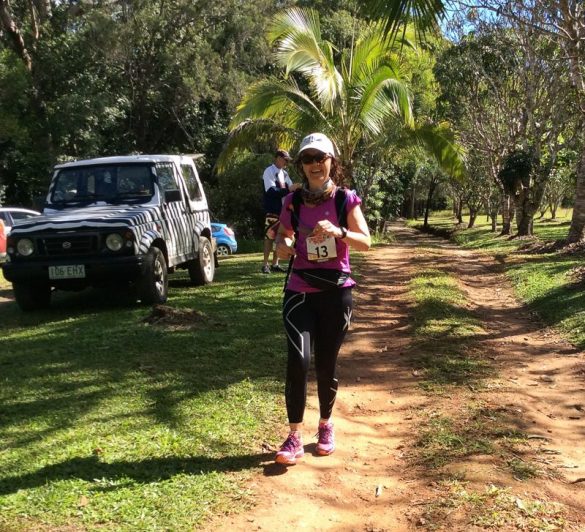 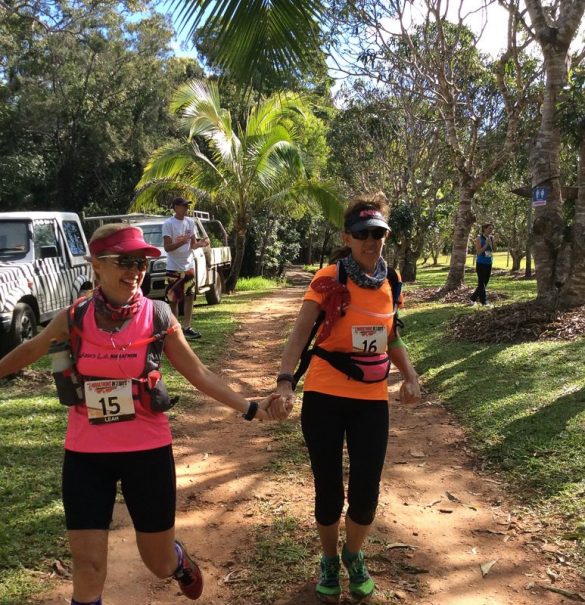 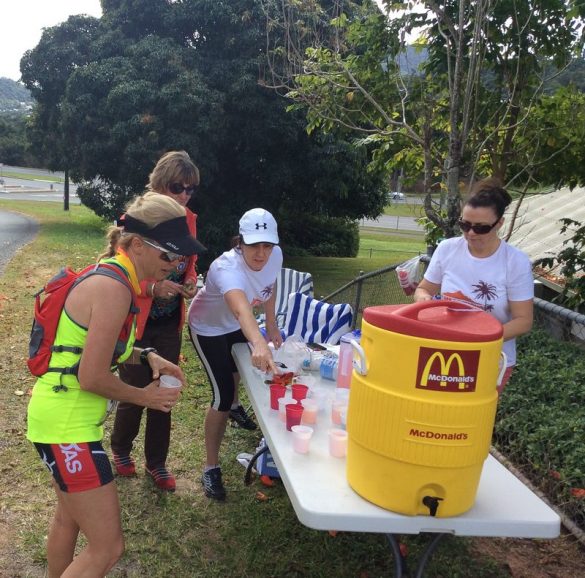 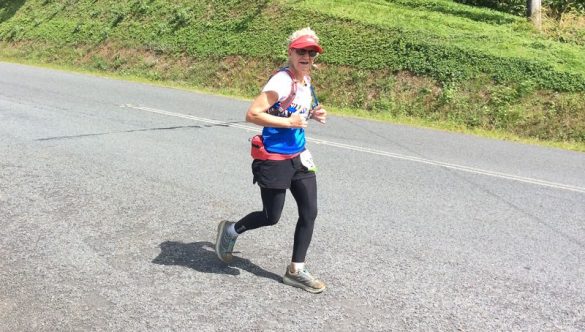