7 things I learnt from a long weekend in India

Enticed by the best things to see in India, travel writer Fiona Harper flew to India onboard AirAsia’s inaugural flight from Kuala Lumpur to Amritsar, India. Known as India’s Holy City, Amritsar is home to one of the most revered Sikh sites, the Golden Temple along with some extraordinary historical sites.

On her first visit to India, Fiona found plenty of new things to whet her appetite. Here’s seven things she learnt from visiting India’s Punjab region. 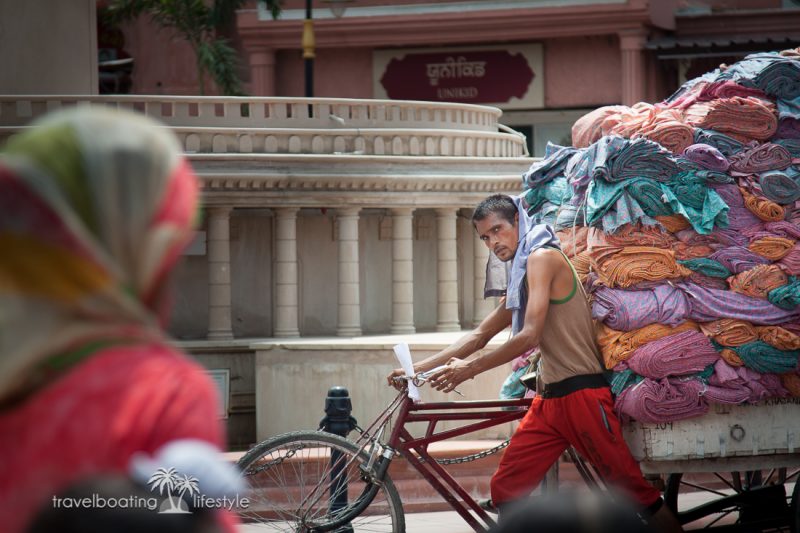 Anyone who has followed the tumultuous history of India and Pakistan would know that the two countries are world champions at bickering like petulant siblings jostling for parental favours. But India’s tumultuous relationship with Pakistan is not the only thing that makes this intriguing country complicated.

Being raised in a country of equality where everyone is theoretically equal and where no class or caste system exists, it’s confronting to witness blatant discrimination dependent upon the birth lottery. Oh sure ,there is an element of this in some pockets of modern Australia but the underlying basis to our civilisation is the ability to claim our own individuality and live our lives exactly as we choose. Rich, poor, educated or not, we have the choice to change or improve our lot. Or not. Hindus on the other hand have distinguished themselves for a thousand or more years between four main castes subjugated into thousands of sub-castes, loosely based on occupation. Priests and teaches sit atop the caste pyramid, unskilled labourers occupy the lower ranks and everyone else jostles for position according to their station in life.

What I learnt: I don’t understand a system based upon man, woman and child having unequal status as human beings. 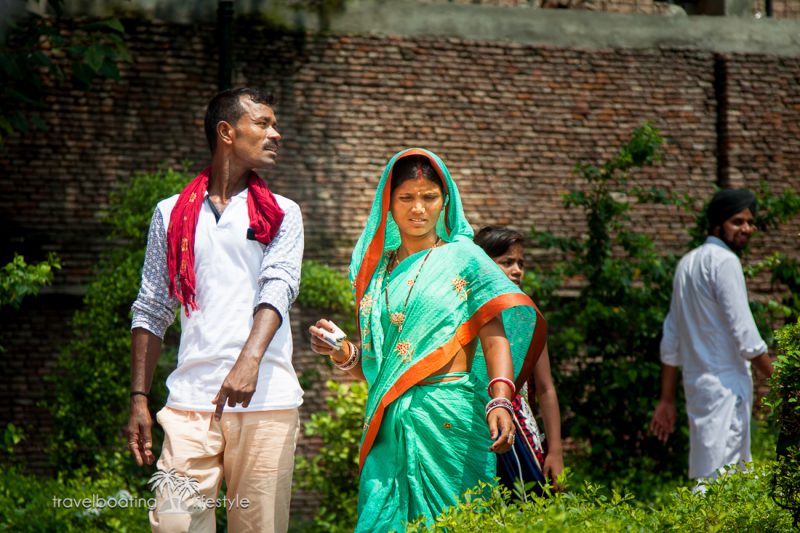 2. Partition is more than a border

In 1947, what was then known as British India separated into India and Pakistan. Like any self-respecting acrimonious divorce, this one was a blood-slinging doozy. Caught like a childlike pawn in a marriage dissolution, Bangladesh was drawn into partition too as the Radcliffe Line was formulated to demarcate independently ruled countries, thereby separating almost 90 million people within new borders. To say that partition was troublesome is an understatement. Over 14 million people were displaced along religious lines. There was large-scale violence with appalling atrocities committed. The Partition Museum in Amritsar explains the appalling events.

My brother-in-law recalls stories from his Nan caught up in Partition who hid her Muslim houseboy beneath her ample skirts, ultimately saving his life as soldiers ravaged villages.

What I learnt: Indian’s and Pakistani’s rivals the Aussie’s & Kiwis cross-ditch rivalry only with far more bloodshed, and opened my eyes to border conflict whose backstory I had little awareness of. 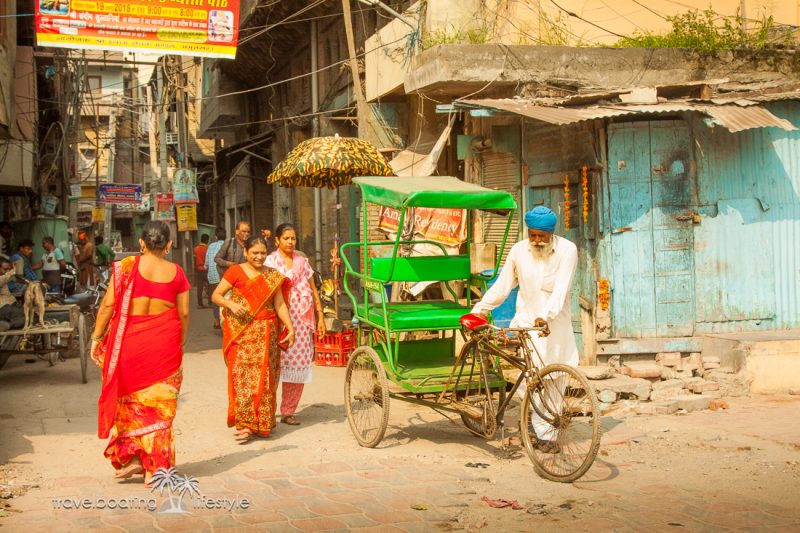 3. Indian curry comes in every shade of brown

I’ve bought enough Indian take-away to know that this one should have been a no-brainer. I guess I was expecting that real Indian curry, you know, the kind actually made in India, as opposed to my hitherto Australian benchmark version of Indian takeaway, would be a richer, more ‘authentic’ version. That Dahl, roti, chippati and naan are staples in the Indian diet. I knew that already. I guess I also knew that Indian food mostly comes in deepening shades of brown. As a photographer it presented a real challenge to capture food photos that didn’t look like circles of brown splodge.

What I learnt: Look away now if you’re squeamish, but the reality is, Indian curries exit the body in a remarkably similar state as they entered. 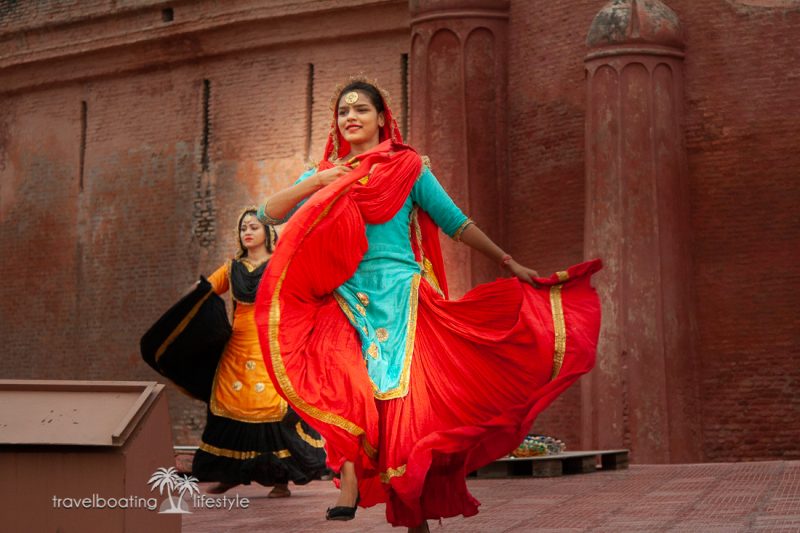 Women from the Punjab region’s traditional dress is the Punjab salwar suit, invariably worn in a riot of colour in every shade of the rainbow. Black, brown or grey just don’t seem to be in their colour wheel. Comprising three elements in various styles, a knee-length tunic-style with side slits is worn over pants topped with a sash or scarf worn over the head, shoulders or both. Some outfits are in matching or complimenting hues of one shade, others are a clattering clash of colour which reminded me of those days when you run out the door having thrown on the first things to hand. Though, it’s hard to imagine hurriedly dressing Punjabi style, with the multiple layers that seem to require a degree in engineering to construct.

No matter the logistics, I never tired of watching these women and admiring their dress.

What I learnt: Western women could learn a lot from their colourful Punjabi cousins. Yes black-clad Melbournians I’m looking at you. 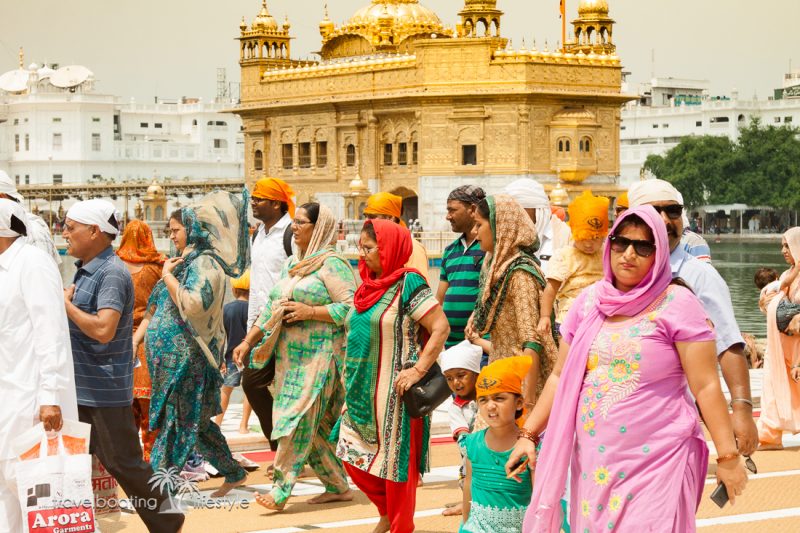 While we in Australia lose our shit (for good reason) about plastic straws ending up on the Great Barrier Reef, plastic pollution in Amritsar India is as common as bald tyres on an ancient rickshaw. Piles of rubbish are commonplace. Streams of water, whether sewer runoffs or natural streams, are choked with rubbish.

What I learnt: I don’t know what the solution to global plastic pollution is. But I do know I departed India promising to further cut back my own consumerism in the ever-widening battle towards preventing the world strangling itself from an insatiable consumption of consumables. 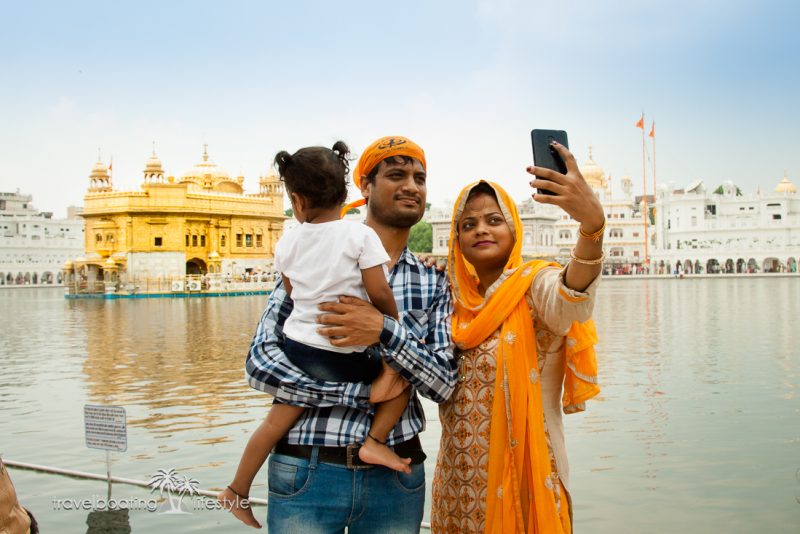 Visiting India for three days was always going to challenge me as the kind of traveller who likes to watch, observe and try and find a connection with a country and its people. Sometimes the most memorable experiences in a foreign land are those moments when we connect with a stranger in a random encounter, share a meal, a cup of tea or a drink in the midst of a crazy day. Other times it might be a wild tuktuk, train or donkey ride down a back alley when you wondered where the hell you were and would you ever find your way back to your hotel. We’ve all had those moments right?

So, with just three days to get to know Amritsar I was always going to struggle to glean little more than an outsiders glimpse. The alleyway barber sitting on a door stop grooming his client whose dazzling smile could have lit up the Sydney Harbour Bridge on New Years Eve. The young lady wearing traditional Sikh dress to visit the Golden Temple who kindly posed before asking in a very continental accent, where in Australia do I live, as though she was as familiar with my home country as I am. The shy young boy dispensing water into the drinking bowls of devotees in the community kitchen who grinned broadly each time I put my camera down and reverted to studious concentration each time I tried to photograph his smile. The curious girl watching me watching her hiding behind her mother’s sari.

What I learned: Travel is not about what your camera captures, it’s about how you engage with the people you meet wherever you happen to find yourself. Visit the Wagah Border for the daily Beating the Retreat ceremony to see Indian humanity at it’s finest.

7. Low cost airlines put the fun factor back into flying

Losing my AirAsia virginity from the Gold Coast to Amritsar via Kuala Lumpur, we got off to a shaky start. The Aviation 101 Rule Book likely says something along the lines of ‘ensure your aircraft departs from the airport noted on passenger tickets’. It just saves a lot of confusion. But travel is full of surprises, right?

So, our Gold Coast to KL flight eventually departed from Brisbane Airport some hours later than scheduled (Gold Coast has aircraft curfews – don’t ask!), But, with the aviation fairy shining on me, I had the luxury of stretching across three seats in the well-named Quiet Zone cabin. With no children permitted, it’s the place to be if you want to snooze away with subdued lighting and little passenger traffic up and down the aisles. With an extended layover in KL I checked into Tune Hotel, a five minute walk from the Arrivals Hall at KLIA2, before returning to the departure gate for our onward flight to Amritsar. Being the inaugural AirAsia departure to Amritsar, it was quite a celebration with singing, dancing and much merriment as we lined up to board. 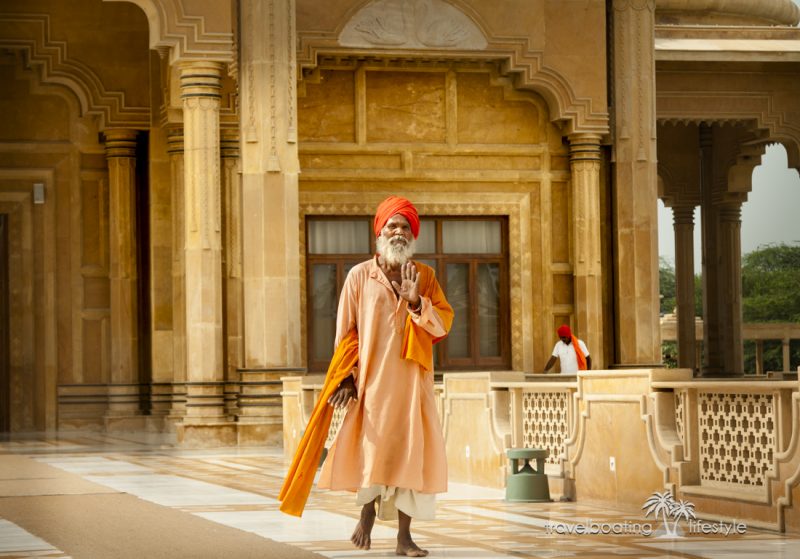 Returning to Australia I tested the Premium Cabin with its highly sought-after Flatbed seat. My seat was wide enough to allow me to curl into a foetal position snuggled under a duvet in AirAsia’s signature red, my head happily resting on a downy pillow. Other extras include complimentary tablet for inflight entertainment, bottled water and a meal (utilising the same menu as the Economy Cabin).

What I really like about AirAsia is their ‘can do’ attitude. Crew onboard and at the gate were universally cheery, friendly and efficient. Even when tasked with relocating a plane load of passengers from Coolangatta to Brisbane, they were unflappable. Their bulging trophy cabinet with multiple awards for Best Low Cost Carrier is highly deserved.

What I learned: It’s worth upgrading to a Premium Flatbed for an overnight flight for the comfort factor alone. 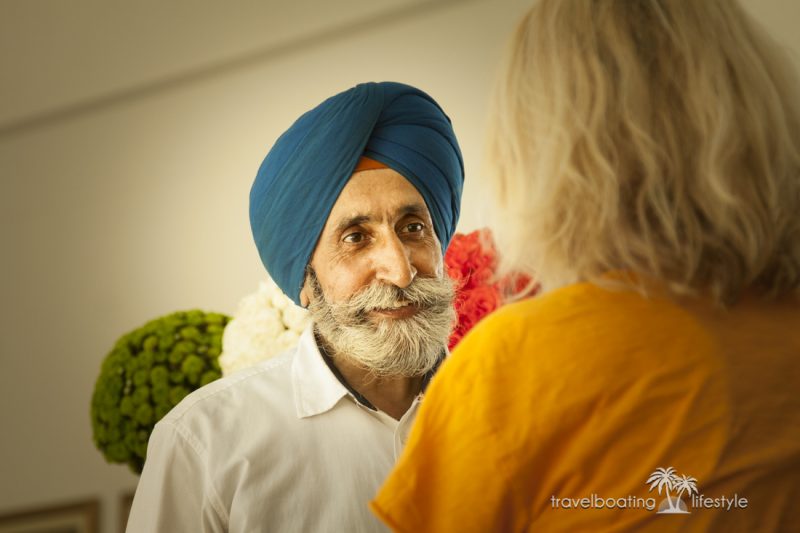