Emerging from the shadow of its more popular neighbors, Taiwan fights well above its weight for travellers looking for an Asian holiday strong on culture, cuisine and character. And dumplings. Probably the best you’ll find on the planet.

Tantalising steaming broth shoots onto my fingers. My chopsticks pierce a delicate perfectly formed dumpling. Catching the juicy flavours of pork, shrimp, ginger, garlic in my spoon which also contains soy sauce, vinegar, slivers of ginger and slices of chilli, it’s an enticing combination. I happily slurp the lot down in a single gulp.

It’s no wonder that people queue for up to an hour to secure a seat at Tapei 101’s Din Tai Fung dumpling restaurant. I’d wait all day if I had to. But then again I’m a bit of addict, having first stumbled upon a Din Tai Fung restaurant during my first visit to Taiwan years back. Sydneysiders you don’t even need to leave home to get your dumpling fix – there’s a couple of  Din Tai Fung restaurants in your town. Don’t expect to turn up and just get a seat though – you’ll likely need to wait along with everyone else

Regardless of where you live, I’d recommend you do indeed leave town and head to Taiwan, not only to sample some of the world’s tastiest steamed dumplings (or more correctly, Xia Long Bao). But to savour Taiwan’s delicious temptations that extend beyond the culinary. Often unjustly overlooked by Australian travellers who favour neighbouring Japan or China, Taiwan feels a little like a forgotten treasure. Which is ridiculous considering over 23 million Taiwanese call the island home. Its booming economy is the poster child for home grown innovative technology. ‘Made in Taiwan’ no longer represents cheap and nasty. Rather global Taiwanese brands like Giant, Sym and Acer are at the top of their game these days.

Steeped in traditions that meld seamlessly alongside the latest high-tech gadgetry, Taiwan has much to offer the visitor. Particularly so if you visit during one of the many festivals that Taiwan celebrates. The annual Lantern Festival is one of the best, with the culmination of Chinese New Year festivities 15 days after the Lunar New Year ticks over. Families and visitors across Taiwan welcome in the New Year in the spirit of peace, prosperity and love, flocking to different locations across the country. It’s a significant celebration with a buzzing festival vibe invading cities and towns who each seem to try and outdo each other with the scope of celebrations. Each year a different locale is awarded the honour of hosting festival headquarters. In 2012 Lukang had the honour, with around 12 million people flocking to the city during two weeks of traffic-stopping festivities. 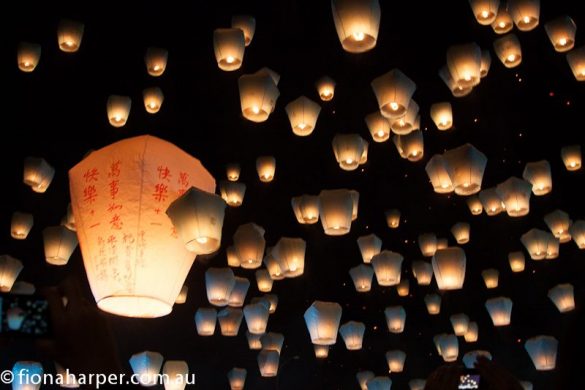 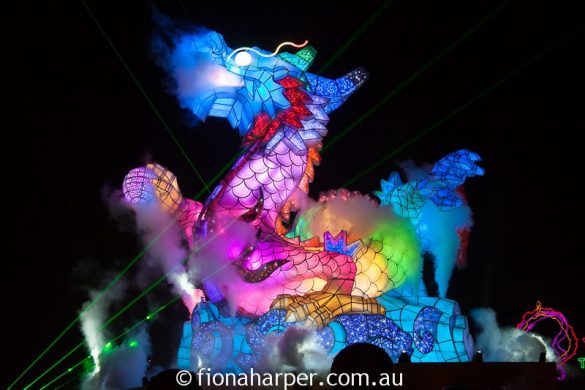 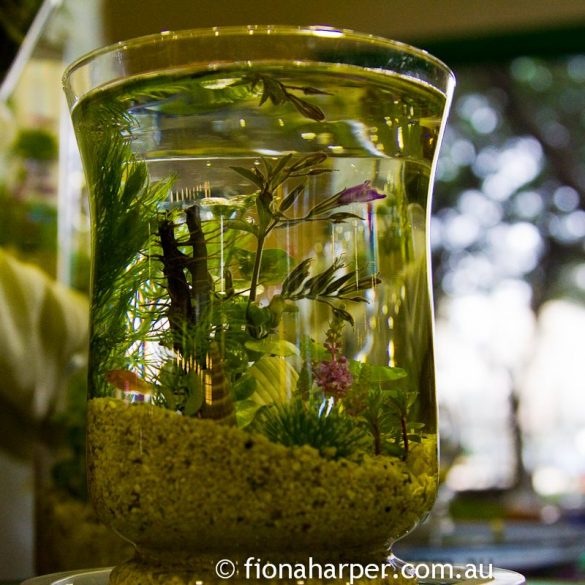 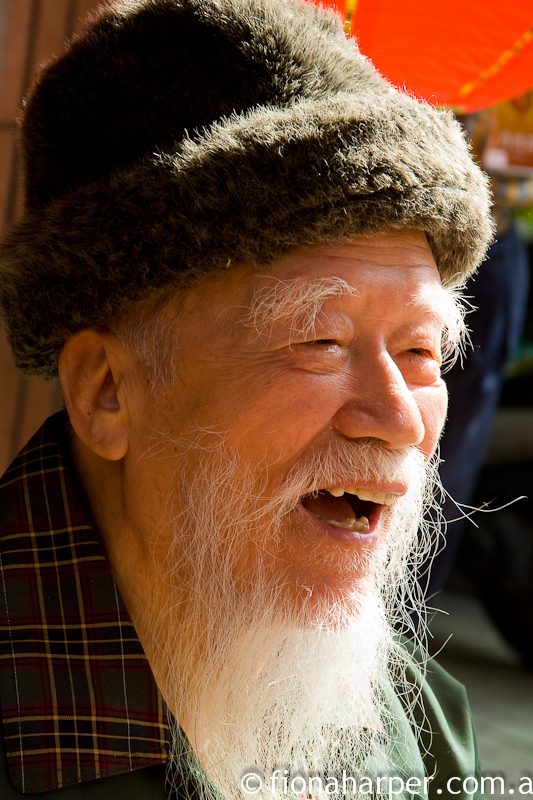 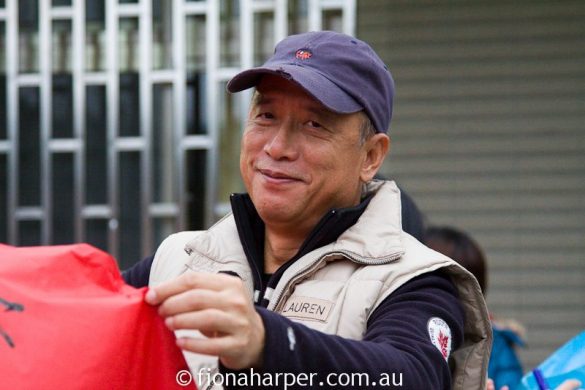 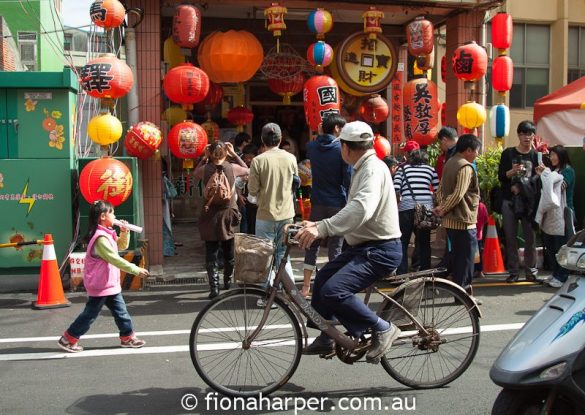 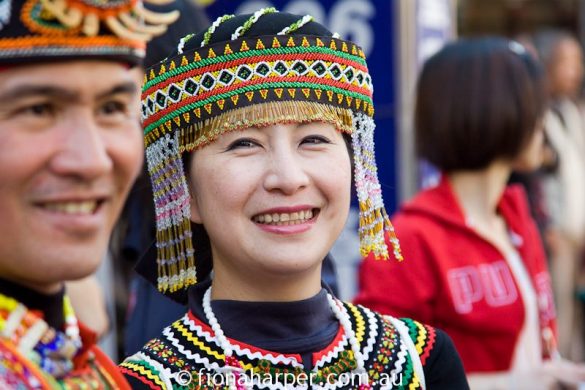 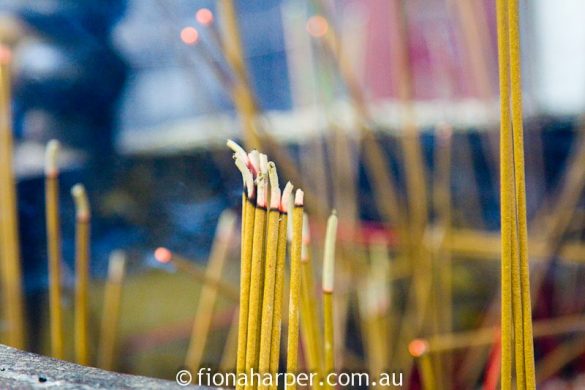 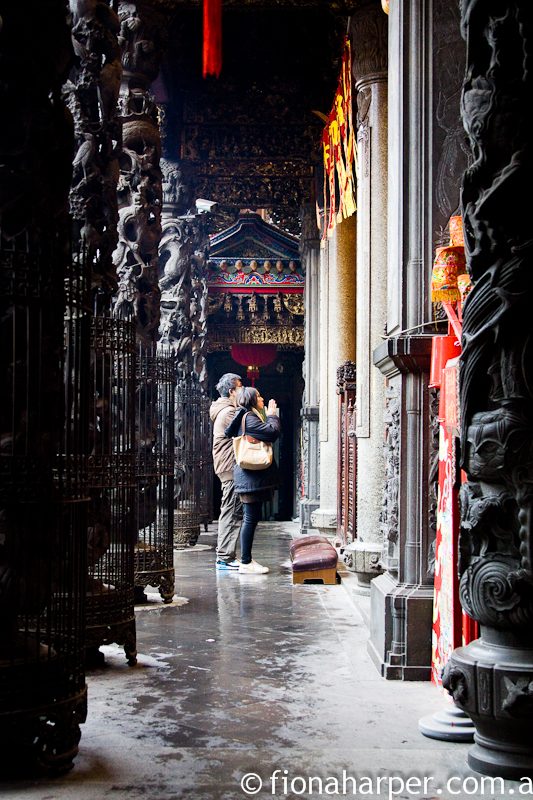 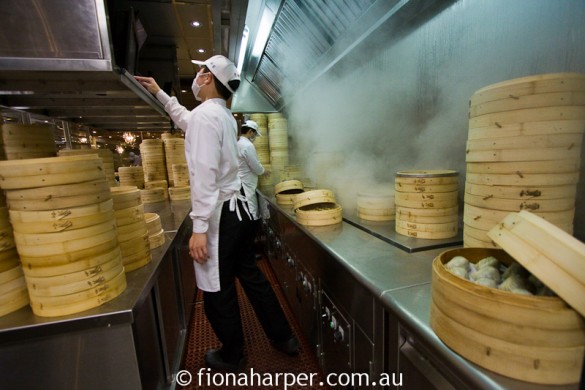 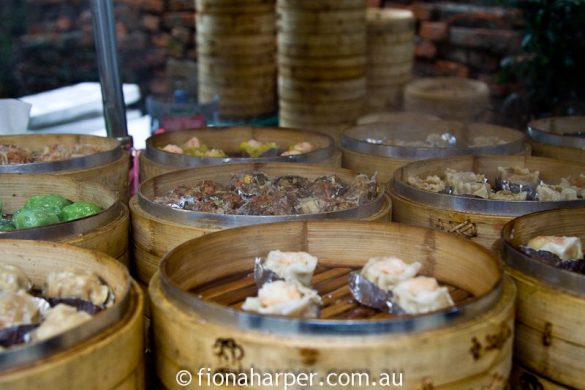 The small town of Pingxi is swamped with visitors who flock to one of the few locations where sky lanterns are permitted. Steeped in tradition, for hundreds of year’s sky lanterns have been released in spiritual celebration. Though somewhat of a fire hazard if lanterns drift back to land before the flame is extinguished, high annual rainfall in northern Taiwan dampens the hazard of lanterns sent aloft.

For one day a year Pingxi morphs into a vibrant, pulsing street festival with laneways and streets clogged with festival goers weaving through street vendors while locals try and get about their business. Despite the light rain the air is filled with aromatic steam rising from dumplings piled up in bamboo steamers on vendors’ carts. Tempted to try them all, I taste my fair share of pork and chicken dumplings which fills me up for a few dollars, washed down with Taiwan lager. Lantern vendors do a brisk trade too. Though figures are rather vague, it’s estimated that over 50,000 flaming sky lanterns are released to the heavens during one day.

As dusk falls the throng of people floods into a temporary arena in anticipation of the first simultaneous sky lantern release. Throughout the evening every 20 minutes there is another mass lantern release so that  the sky glows with flaming rice paper lanterns drifting upwards, sideways (eventually downwards once extinguished) with the air currents. Unexpectedly tears well in my eyes as I release my own delicate lantern. Filled with warm air from flaming paraffin-soaked token dollars as an offering, my friend and I had carefully adorned the lantern with wishes for prosperity and good fortune.  Amidst an emotion-charged throng of festival goers watching the dreamy spectacle of lanterns sent aloft simultaneously, with each release the crowds’ reaction is a similarly enthusiastic mass exhalation of joy.

Over at lantern headquarters in Lukang, in the small city that is known as a living museum thanks to its ancient temples, preserved heritage and cobbled lanes that wind curiously past elaborate doorways set into high-walled courtyards, the city is dripping with pretty lanterns. Every viable space is utilised to hang colourfully decorated pieces: from trees, shop awnings and temples, strung across roadways. Grey haired and bearded lantern craftsman Master Wu is worshipped like a God, attracting a large crowd as he decorates his gorgeous creations on the pavement outside his store. Children wave enthusiastically at performers parading through streets. Lots of laid back fun during the day, as dusk descends and the lanterns light up, it’s standing room only as the streets spill over with people politely jostling to enjoy the stunning displays.

In the Year of the Dragon, the main centrepiece of festivities was an enormous steam breathing sculpture coined Soaring Dragon in Radiant Skies. It is symbolic of Taiwan’s prosperity, peace and the happiness of its people. Striking laser beams create a sense of drama that momentarily silences the crowd as they absorb the dragons’ beauty, lit from within in a kaleidoscope of colours. But it’s hard to keep 200,000-odd exuberant festival-goers quiet, who erupt into whooping applause and gushes of joy celebrating the New Year as fireworks pop and explode overhead. Each year a different region hosts the festival. In the Year of the Snake it was Hsinchu County’s turn to raise the lantern, so to speak.