Slipping into the bottle green coloured ocean a few miles offshore in the Southern Ocean I’m enclosed by a circular net 40m wide. Giant tuna are nowhere to be seen. So far, so good. Buffeted by ocean swell, I’m grateful for the protection the net provides as these waters are known to house some of the most ferocious creatures in the sea. Great White Sharks live here, making me just a little nervous.

My attention is immediately drawn to the lively sea below my bobbing head that has suddenly erupted into a boiling frenzy of splashes, fins and tails. Filling my lungs and snorkel with air while reminding myself to remain calm, I duck my head underwater to see what all the fuss is about. The giant tuna have arrived! 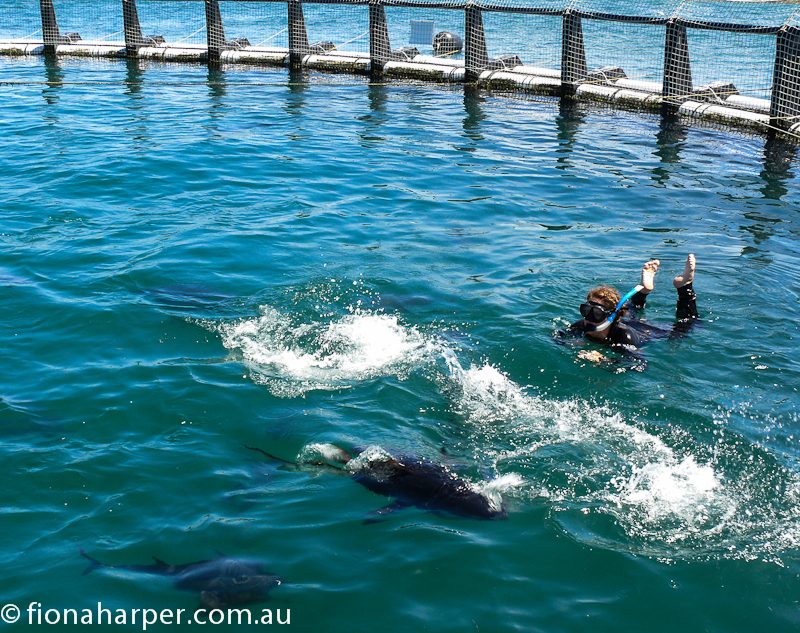 I confess I was less than thrilled when I saw ‘tuna swimming’ on my itinerary while visiting South Australia. Sure, I’ve swum with dolphins, turtles, sea lions, even sharks. But tuna? My first (nonsensical) thought was ‘how do they get the cans to float?’

My ignorance was quickly dispelled within minutes of stepping onboard Adventure Lady, a 14m purpose built vessel, at Port Lincoln Marina. Captain Matt Waller loudly declared that he ‘loves eating tuna, catching tuna and talking about tuna,’ leaving no doubt about his passion for these fish before launching into a fascinating introduction into the tuna fishing industry. It’s a lucrative industry that sees the Port Lincoln community home to the highest population per capita of millionaires in Australia. 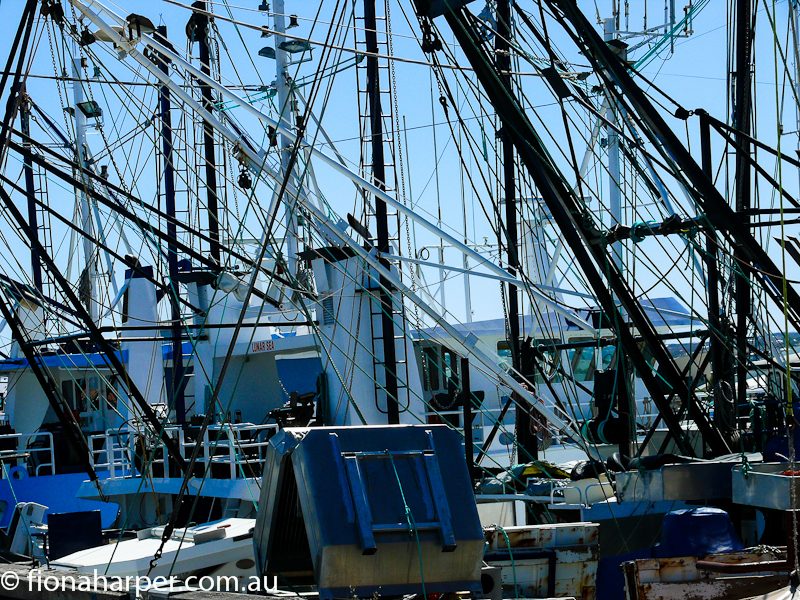 Beneath the surface is literally a sea of tightly packed fish darting swiftly and seemingly effortlessly just beyond my mask. Knowing that the Southern Bluefin Tuna never stop swimming, reaching speeds up to 70km per hour, it’s somewhat unnerving to be in such close proximity to these enormous fish. Some of them are almost as large my own 55 kg frame. Momentarily I notice a dead pilchard lob from above, which lands in front of my mask. I have just enough time to register its presence before it disappears in a blur of razor sharp teeth amid deep blue flashes reflecting sunlight on a rotund, streamlined body. A Southern Bluefin Tuna, commonly caught weighing in at over 100kg and up to 2m in length, snatches the fish in its gob as it whizzes past, leaving behind a turbid stream of bubbles.

Having been pre-warned of the size and speed of the tuna, I’m still startled enough to inhale a mouthful of water as I gasp with surprise the first time it happens. Others in our group who have stayed on the floating pontoon above are dangling pilchards from their fists or lobbing them into the ocean around me. Being in the water is unsettling even though it’s perfectly safe. It’s fascinating being immersed in such a captive environment. Who knew that tuna could be so interesting? 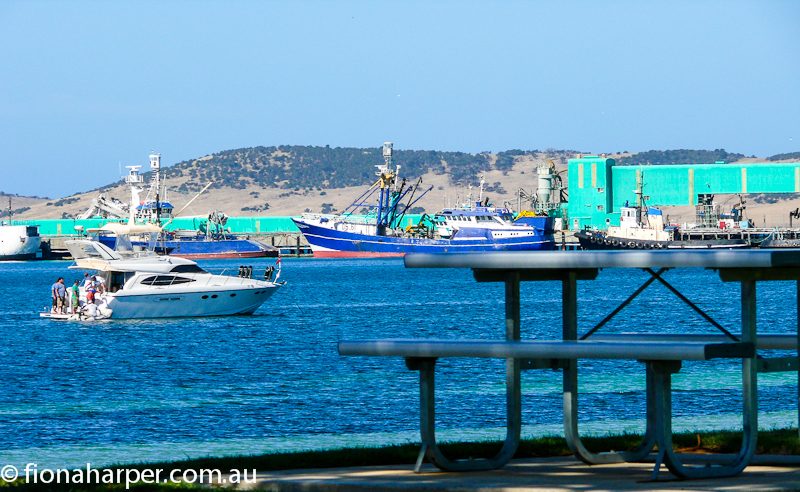 Thankfully I survive the encounter unscathed and with a newfound respect for these farmed fish that are actually quite beautiful. Port Lincoln fishermen steam more than 180 km offshore to catch Southern Bluefin Tuna, much of which is destined for the Japanese market. Live tuna are herded into floating nets and towed back to the waters surrounding Port Lincoln, a journey that can take up to five weeks. From there they are fattened up in farming nets just like the one I’ve emerged from, until they are ready to be harvested and exported.

You won’t need to travel all the way to Japan though to savour southern Australia’s delights. Award winning Del Giorno’s Cafe Restaurant on the Port Lincoln waterfront, just down the road from the Port Lincoln Hotel, has a menu that seafood lovers will relish. Though there is a thriving fish cannery in town, expect the freshest produce harvested from the diverse Eyre Peninsula, including a sassy Sauvignon Blanc or two.

Awesome! Must have been a great experience…swimming with Tuna.

Yes, it was pretty exciting!

Amazing; I never knew you could do this. Interesting that they are caught and brought in via the net. Tuna fetch ridiculous money overseas, so I guess it’s worth doing. I’m keen to check this out; who’d have thought you could dive with Tuna!