How to choose environmentally friendly sunscreen

Recently the tiny Pacific Island nation of Palau announced it would ban certain toxic sunscreens to protect its coral reef.  Which got us thinking about how to choose environmentally-friendly sunscreen that’s kind to humans & our own Great Barrier Reef.

With the Great Barrier Reef already under threat, Australian industry experts are calling for more transparency in sunscreen  packaging and taking toxic sunscreens off our shelves. Many of us would like to use environmentally-friendly sunscreens, but it’s a confusing topic buried in scientific terms that cause our eyes to glaze over at the first mention of oxybenzsomething.

Palau’s new Responsible Tourism Education Act will prevent sunscreens containing 10 damaging chemicals, including oxybenzone and octinoxate, from being manufactured, imported or sold in Palau as of 2020. The announcement follows a similar move undertaken by Hawaii earlier this year. 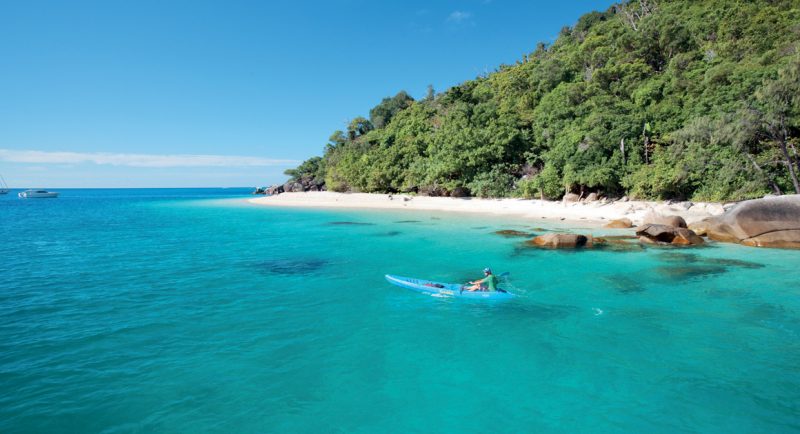 Sunscreen manufacturers like Moogoo are creating non-toxic natural products which not only benefit the environment but are kind to humans too. The products are made using natural food grade ingredients and do not contain any synthetic chemical ingredients, such as parabens, SLS and paraffin.

“Many studies have shown that chemicals like oxybenzone can cause bleaching, deformities, DNA damage and even death in coral.”

“Australians are the guardians of the Great Barrier Reef, the largest living thing on earth, and we should be doing everything we can to protect it and all our marine life.” 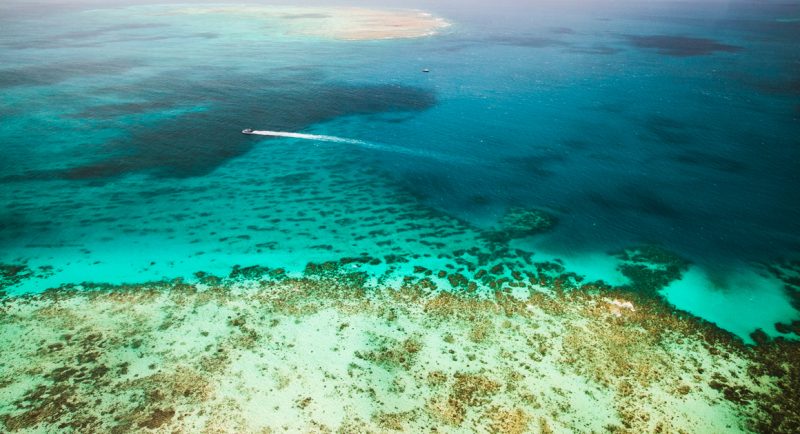 Australia stalling on protection for the Great Barrier Reef

Currently, Queensland advises visitors to wear non-polluting, or ‘reef-safe’, sunscreen, but does not require it. It’s up to each individual to read the often confusing sunscreen labels in the hope of making the right choice for the environment.

According to the Oceanic Society, “between 6,000 and 14,000 tonnes of sunscreen – the equivalent of 25 to 60 million bottles — wash off of snorkelers and swimmers into coral reef environments each year.”

The issue is complicated in Australia by a lack of transparency. Unlike the rest of the world, there are no requirements for each ingredient to be listed on sunscreen packaging in Australia.

“It makes no sense that ingredients are not listed where consumers can view them, and sunscreen manufacturers have no incentive to use more ‘reef-friendly’ ingredients if they aren’t visible.” 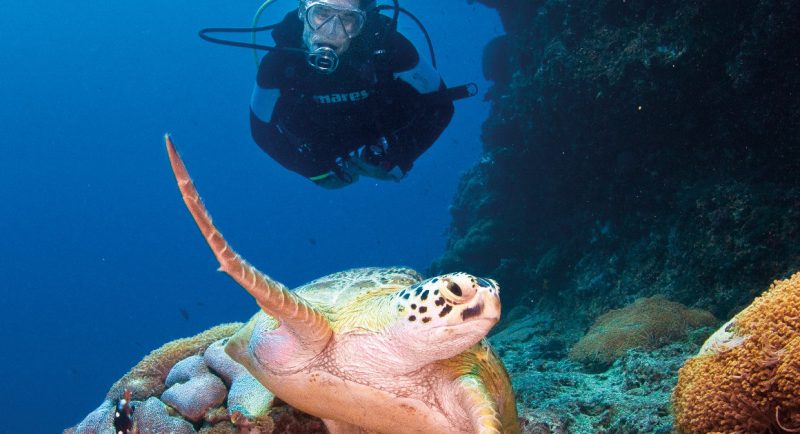 “But, sunscreen labels in Australia only need to list the active ingredients – which typically make up 20-25 per cent of the product – and preservatives, which account for around one per cent. This puts those who have allergies at risk of inadvertent contact with ingredients they may react to.”

This means that we don’t know what the other three-quarters of ingredients are, and it’s difficult to make informed choices on environmentally-friendly sunscreens that are good for the environment and your own health.

How to choose environmentally-friendly sunscreen

While the risks to humans posed by the banned chemicals have yet to be conclusively proven, some of the ingredients routinely used in sunscreen that consumers might want to avoid are:

• Oxybenzone: This is one of the most common chemical filters found in commercial sunscreens and has been linked to coral reef damage.
• Ethylene glycol: Another name for anti-freeze, not something I would use in my sunscreen.
• 1,2 Hexanediol: I wouldn’t be using this ingredient on my skin, it’s a solvent and helps to dissolve other substances.

As for the best environmentally-friendly sunscreen to use? Remember that zinc cream that our Mother’s used to slather on our noses as kids? It turns out Mum was right after all! Sunscreens where the main active ingredient is zinc oxide because zinc oxide and titanium dioxide are physical filters, as opposed to chemical. They’re the thick, gooey agents that add the classic white sheen to your face after applying, but are considered ‘safe’ for coral reefs. 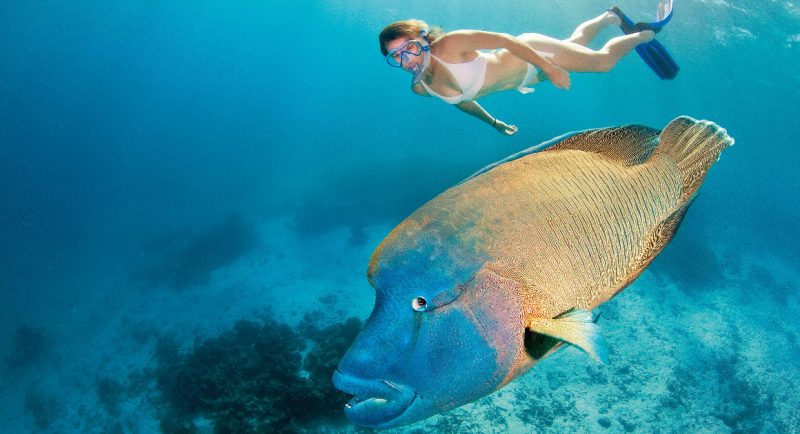 Thanks for this – I’ve been wondering about safer sunscreens since reading about the sunscreen ban. Surely, if it’s not good for the reefs then it can’t be great for us, either!