Running: like a drug-crazed addict I can’t get enough

Running was always something other people did. I wasn’t a runner. It’s not that I was anti-exercise. Quite the opposite in fact. Walking, riding, sailing, swimming, snorkelling were all activities that filled my weekends. Wine too. Lots of it. And beer for that matter. Consumption of both was a normal part of life, particularly when we lived full-time onboard our yacht. Oh look, the sun’s going down: there’s our cue to open the bar. It became a daily habit that continued after selling the yacht and moving into a small island community in north Queensland. Sundowners on the beach? Sure, I’ll bring some wine. It’s hot. Yeah, let’s have a beer. We live in paradise, just look at all the tourists flocking to our tropical Magnetic Island. Um, do we have any more beer? 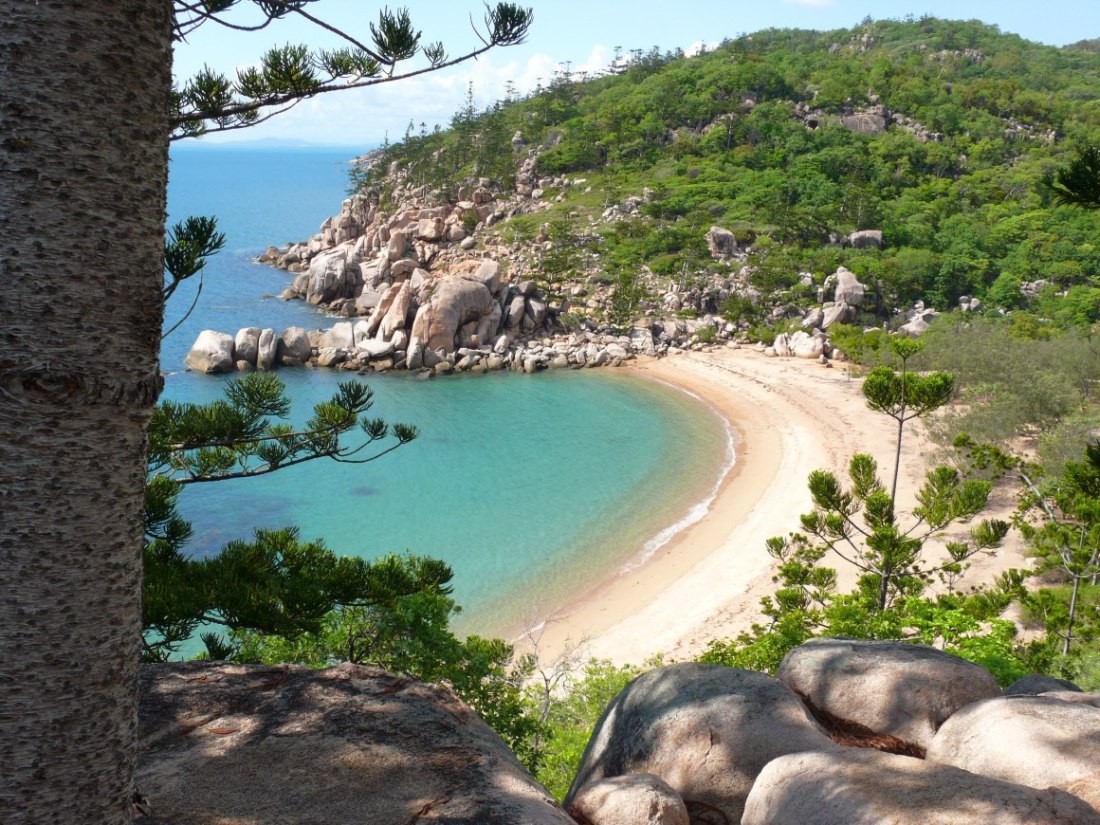 As my relationship crumbled so too did the attraction of waking up in an alcohol-fuelled vapour. I started walking to gain mental clarity. Blissful long walks of solitude that would allow my mind to focus on how I wanted my life to be. Change was brewing. Alone, I walked up the hills and over the mountain, along the beaches, through the forests. Energised by these sorties, soon I started to run a little, embarrassed if anyone I knew saw me running. Red-faced, out of breath and ungainly, I wasn’t a runner.

One day I ran all the way around the block without walking. Then I reached that magical distance that new runners celebrate as though they’ve just run a marathon: 5km. My legs and arse hurt like hell for days afterwards. But I did it again. It still hurt. A lot. But I also had this secret inner smile that was just for me. Is this what being a runner feels like I wondered? 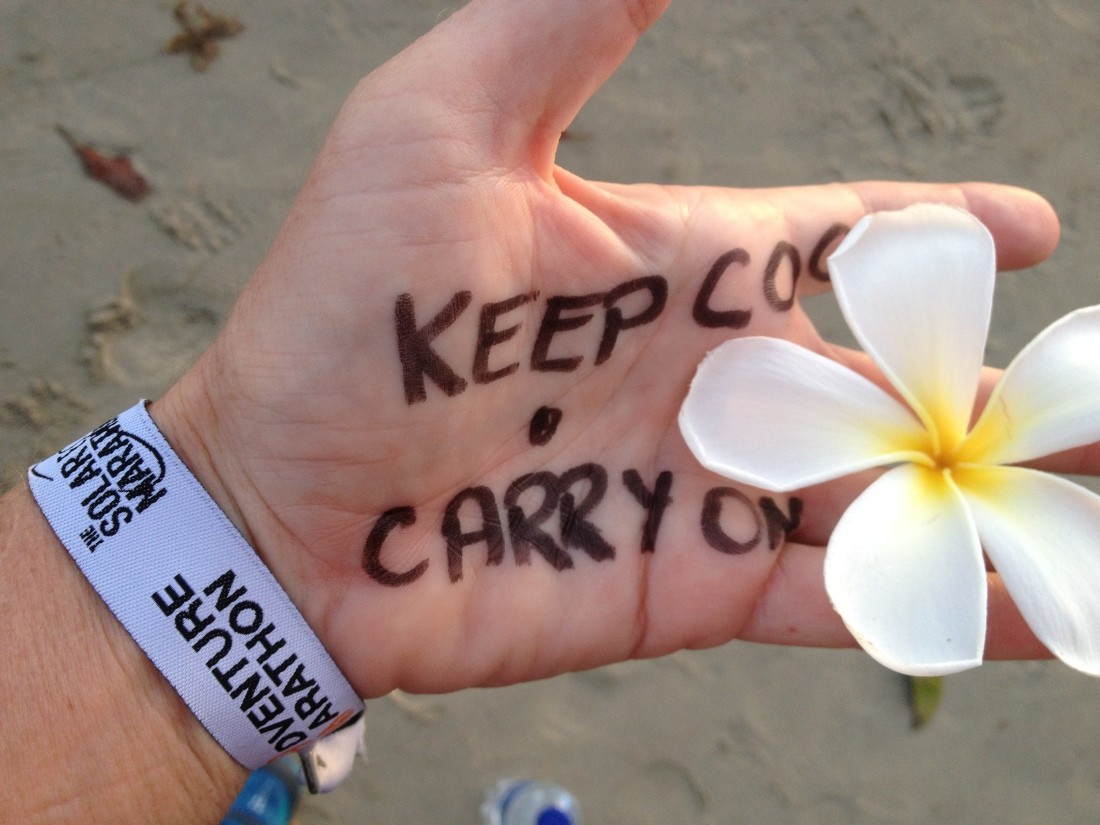 I went to South Africa on a press trip and tossed my running shoes rather optimistically into my bag. Who was I kidding, I wasn’t a runner. From the treadmill in my Durban hotel I watched a scarlet sun rise out of the Indian Ocean and nearly cried with the raw beauty before me. I turned up the pace on my machine and ran a few more virtual kms. I was exhilarated. I felt like a runner.

Moving to Cairns, a strange new town where I knew no-one, I joined a running club. Vulnerable and low on confidence in the fallout from a longtime relationship, I was prepared for humiliation and embarrassment. Instead I found my tribe. Strangers welcomed me like the runner they thought I was. They encouraged and cajoled me, stimulating my interest in running further than I thought possible. They made me feel like I could actually be a runner. I was hooked. 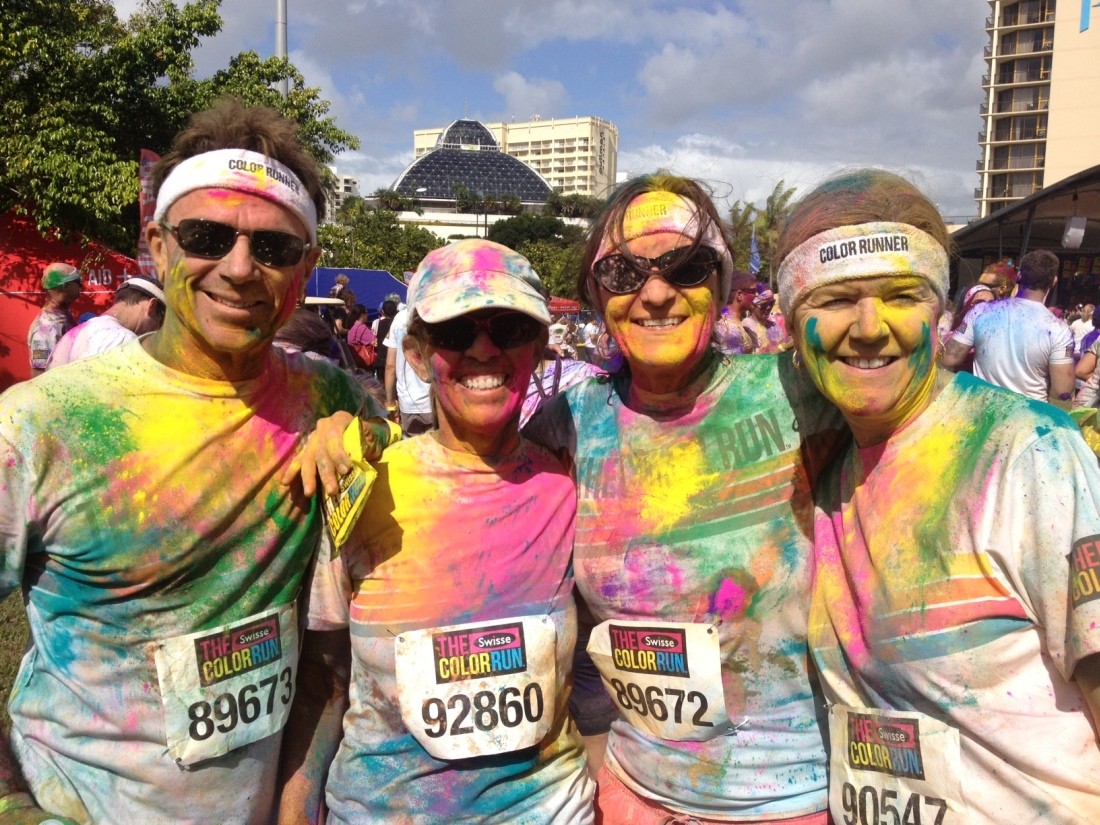 Running took me further physically, mentally and geographically than I ever imagined. I ran a half marathon, then swore I would never run again as I flushed three toenails down the toilet, thus terminating my barefoot running shoe experiment. Chafe became enemy number one as I trained through wet season humidity. As my travel writing work took me around the world I used running both to stave off jetlag as well as a way to find my bearings in a new place. The hour before breakfast meetings became my creative thinking time when I plotted story angles or dissected a new destination’s vibe.

My new running buddies became inspirational friends. We passed countless hours chatting, laughing, crying to the point where three or five hours of trotting through the suburbs would pass effortlessly. I learnt that running is as much about the mind as the legs. Long runs wiped me out for the rest of the day but I couldn’t wait until the next one so I could challenge myself again. Running shoes started piling up at my door. Running gear filled the washing machine. Running self-help books cluttered my bedside table. I bought an expensive watch and became intimately acquainted with my heart rate. 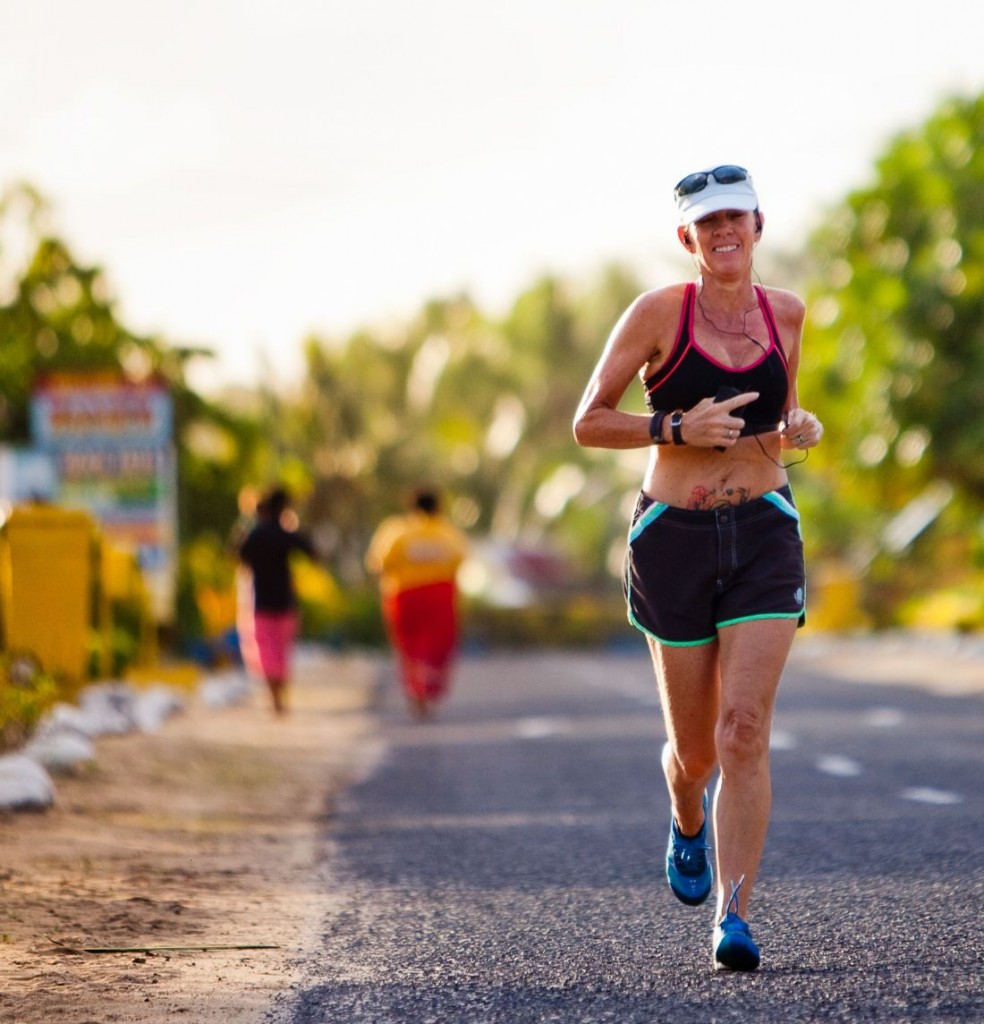 I ran a marathon. Clutching my Gold Coast Marathon finishers medal and with tears rolling down my cheeks it mattered little that there was no-one there to share my moment of glory. I could scarcely contain my elation. I could barely walk to the bus to get back to my hotel but I had run a freakin marathon! Me. A marathon. This was special. 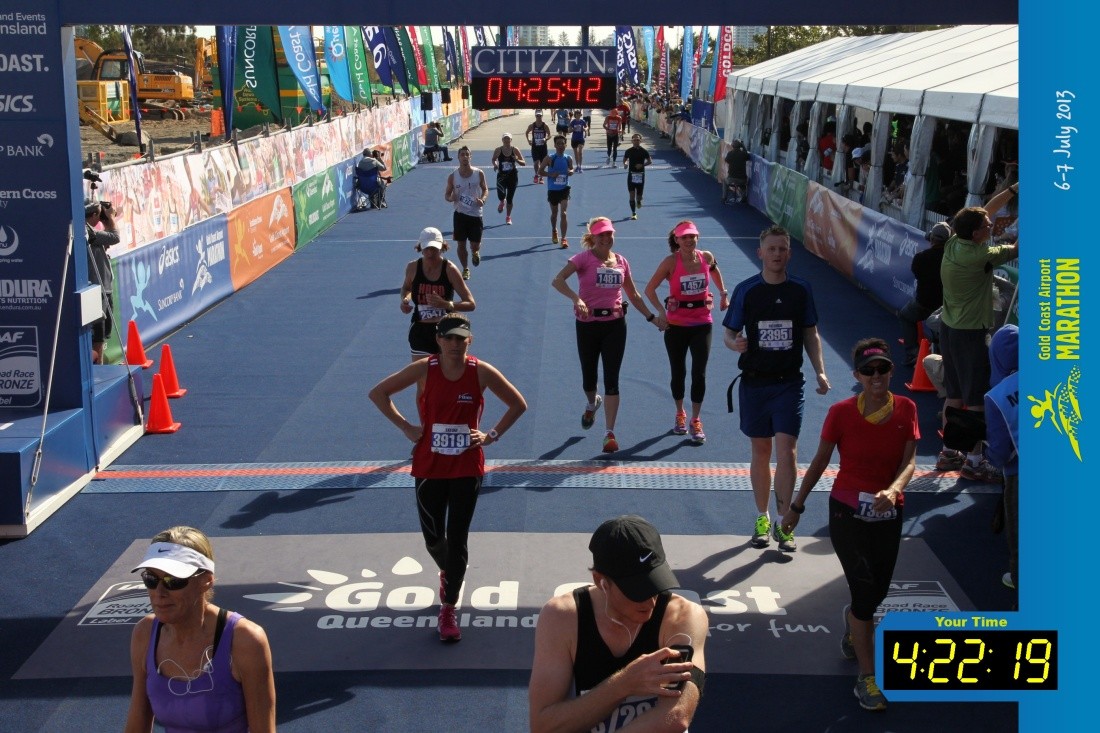 Airborne on an endorphin-fuelled runners high I signed up for another one in Auckland three months later, coming up with 42 reasons to visit Auckland while running through the City of Sails, my former home for four years. 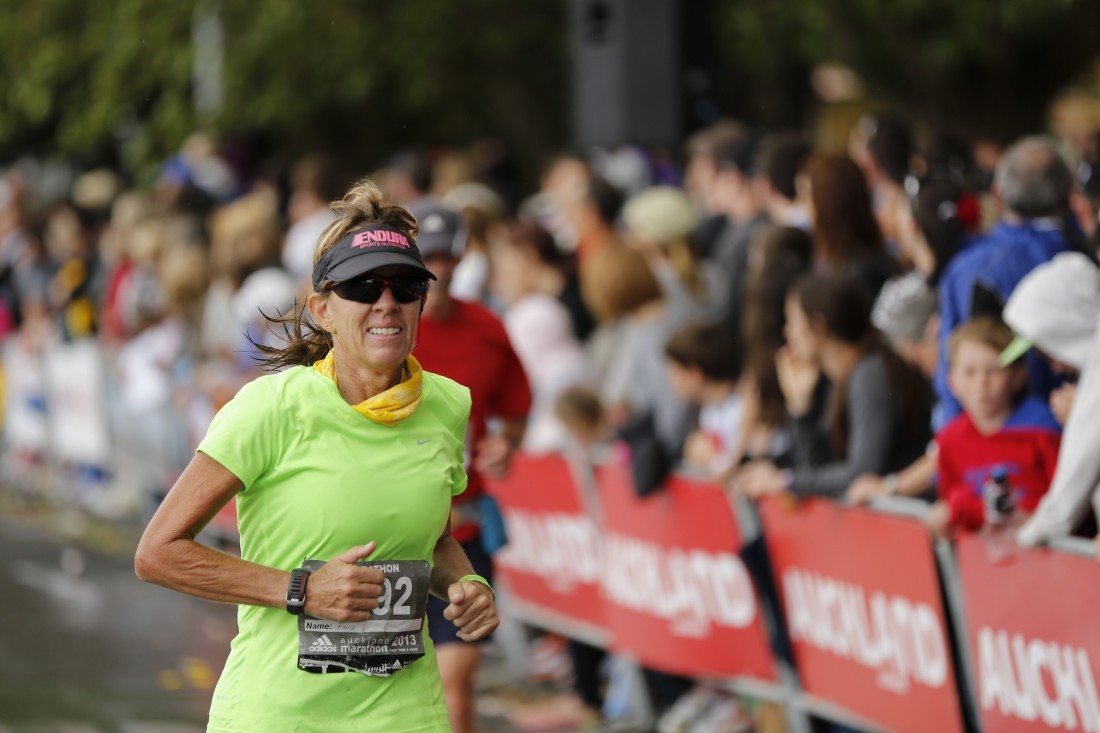 Then I set my sights further afield. I flew to Paris to run through those famous cobbled streets (and truth be known, to consume as much brie and baguette as I could in one day.  I’m a serious contender for smashing that world record…). Lining up beneath the Arc de Triomphe is a memory to be treasured. Recovering from a torn hamstring and far from my fittest, for over five hours I ran, shuffled and walked in a sort of altered state of mind as I admired famous landmarks. Again it mattered not that there was no-one to share the moments with. I knew my running buddies back home would understand why I sat on a succession of aircraft for 24 hours just to clutch that coveted finishers medal. Thank you British Airways for allowing me to experience the front of the plane! 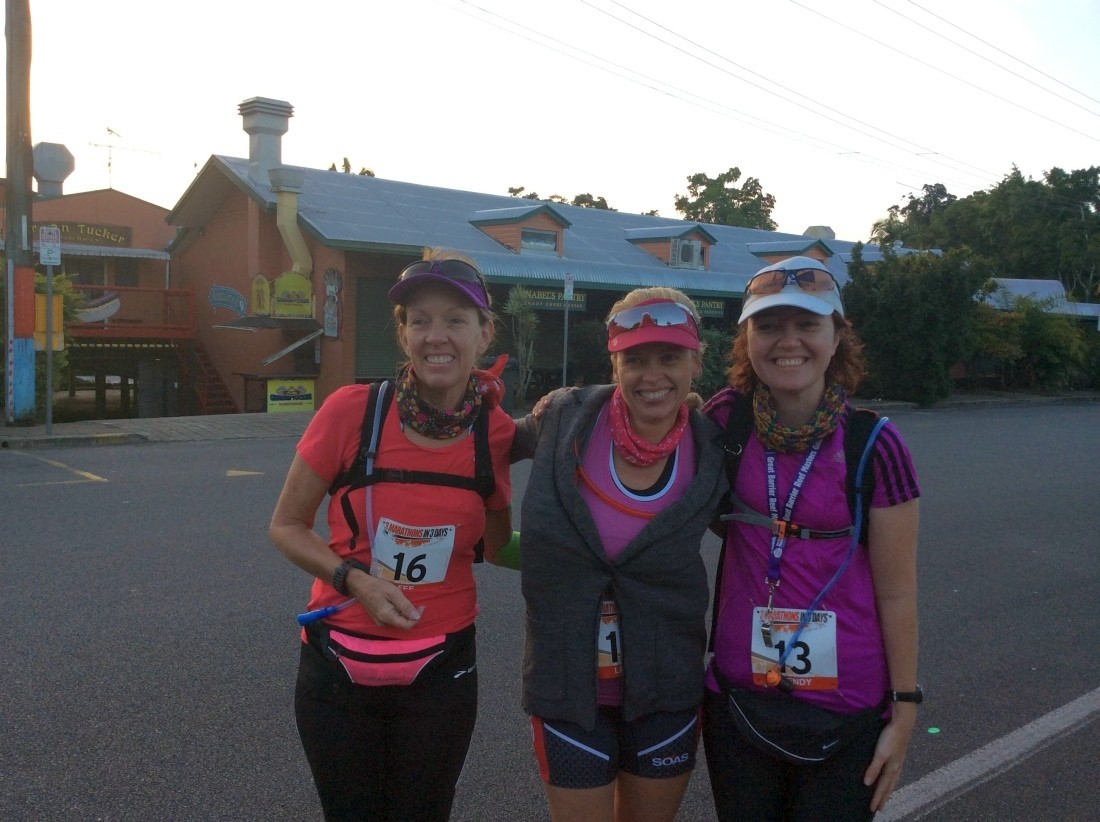 Like a junkie with a bad habit I needed another fix, crazed with the jubilation that comes from ticking off an achievement. While I was on a roll I swiftly signed  up for a ridiculous 3 marathons in 3 days because it fell on the week of my 50th birthday. Day 3 would become my sixth marathon in nine months. My parents flew across the country. For each of the three days they waited patiently at the finish line as each runner crossed the line jubilant. Satisfied. Exhausted. To see Mum & Dad at the finish was one of many extraordinary highlights over three days. 3 marathons in 3 days: they could barely believe what I had done. What I had become.

I am a runner. 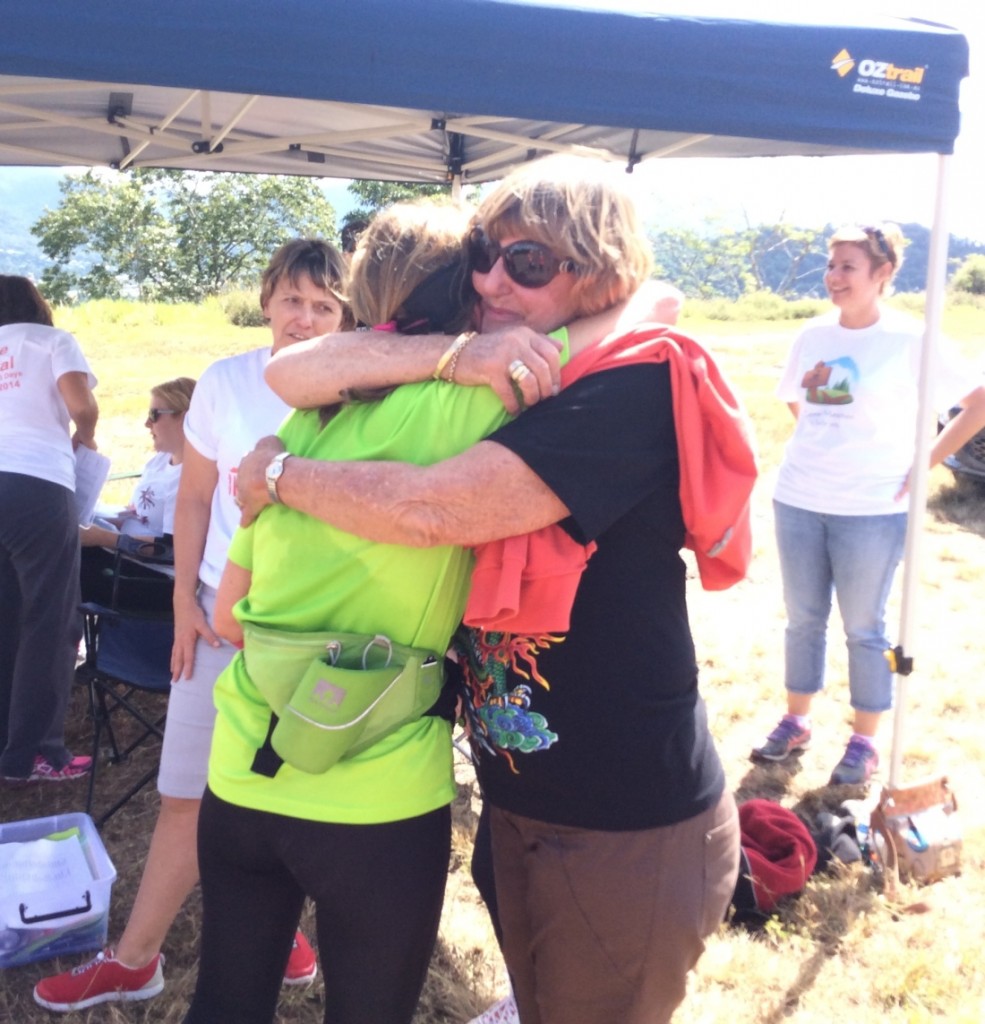 If you enjoyed this story please leave a comment below!

That’s a beautiful story, Fiona, so inspiring. We all need to hear things like that because it makes us (well me) feel I can do it too. Positive self-talk is so important, hey! And listening to the right people who are for you rather than against you is also important…’dream stealers’ they are.
Thankyou so much for sharing this with us all.

Thank you Marcelle, you’re quite right, the power of positive thinking & like-minded friends are a great help! Good luck with achieving your dreams 🙂

What a great read Fiona. I felt a little teary thinking this incredible woman is a friend of mine. I can remember meeting you for the first time and of course we were running.

Awww thanks Donna. Friendships with my treasured running buddies are an unexpected, delightful bonus of becoming a runner. Hope to see you out there again soon! x

You’re a legend Fiona! I’ve turned into a runner too. No idea how that happened or why it is so strangely addictive. I love it and hate it and can’t stop thinking about it. But you’ve taken it to a whole new level. Keep running! I know you will 😉

Congratulations Annabel for sticking with it – it’s so worth it as you’ve discovered and I totally understand the love/hate thing. Might see you at a big event somewhere sometime 🙂

Great story Fi. Amazing what you have achieved. So many marathons and more goals to conquer. I know you will achieve as always.

Thanks Jo! It’s been an interesting journey, helped by having inspirational friends achieving their own goals x