Is the Great Barrier Reef a national treasure? 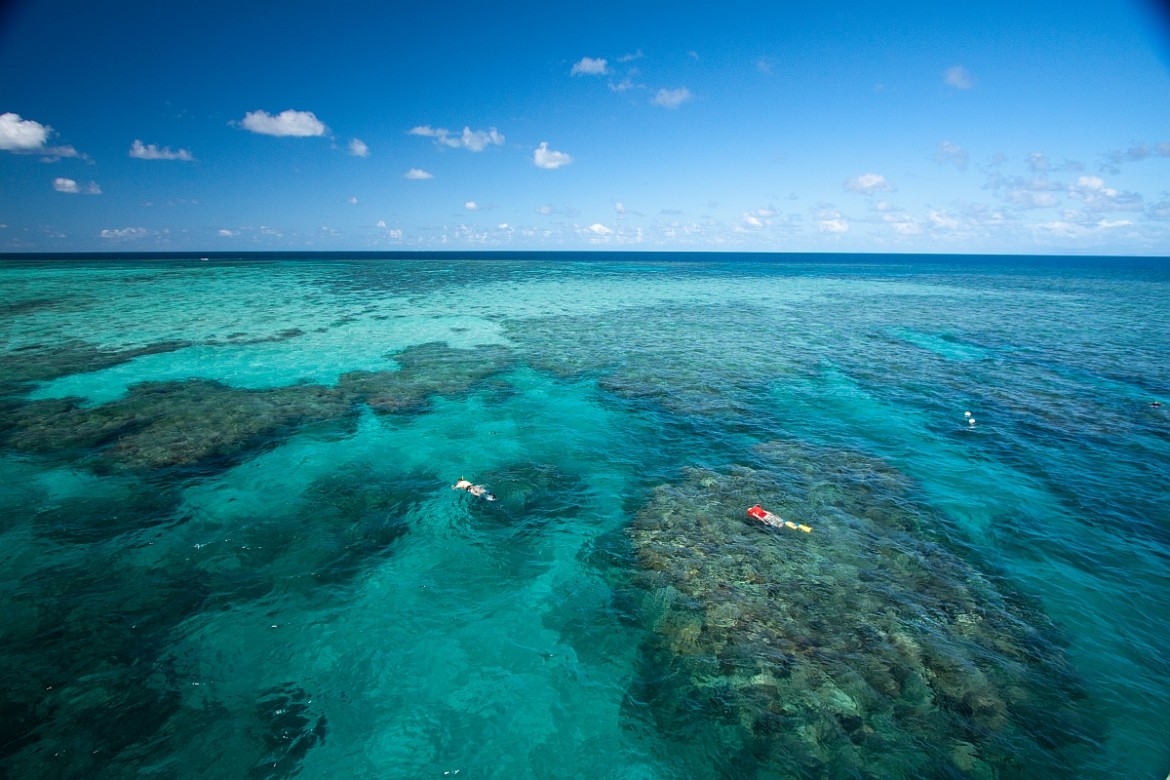 Considered one of the wonders of the natural world, the Great Barrier Reef National Landscape is a jigsaw of coral reefs, islands and cays, which stretches for more than 2,300 kilometres from Lady Elliot Island off Bundaberg to beyond Cape York at the tip of north-eastern Australia. Described as the tropical rainforest of the ocean, this intricate living environment of extraordinary marine diversity is the world’s largest coral reef system, so large that it can be seen from space.

More than 70 Aboriginal and Torres Strait Islander traditional clans share a relationship with this landscape, whose connection can be traced back more than 50,000 years. The Far North regions around Cape York and Torres Strait have the strongest Indigenous cultural links.

The Reef is a gateway to visitors wishing to explore this vivid labyrinth of life hidden below the surface. Here, some of the best snorkelling, diving and marine wildlife encounters in the world can be found including marine species like turtles, dolphins, dwarf minke and humpback whales, potato cod, Maori wrasse, clown fish and manta rays. It is also home to some of the world’s best sailing adventures.

Along the coastline lie some of Queensland’s most important regional cities such as Bundaberg, Rockhampton, Mackay, Townsville and Cairns. Those seeking a wilderness experience will find the wild north of Cooktown to Cape York offers journeys of unpredictability along untouched coastlines. For adventure, Cairns and Port Douglas are the places where almost any possible reef experience can be found – from snorkelling and diving to skydiving and helicopter tours. The focus of the North Queensland region is on education and learning. Here, visitors will find some of the lesser known islands of Orpheus and Magnetic, along with Hinchinbrook Island, a world-renowned wilderness island.

The 74 islands that make up the Whitsundays and Mackay region are where stylish island holidays and world-class sailing adventures abound. It is home to many luxurious and accessible island resorts as well as icons such as Heart Reef, Whitehaven Beach, Hamilton, Hayman and Daydream Islands. One of the best ways to explore the Whitsundays is by bare boat charter.

The southern Great Barrier Reef is symbolised by uncrowded getaways and smaller scale operators providing tours with a local flavour. It is less visited than some other regions of the reef and lays claim to the Capricorn Bunker Group, home to the renowned Heron and Lady Elliot islands. The region is also home to the labyrinth of reefs known as the Swains, a popular fishing destination.

All along the Great Barrier Reef there are opportunities to get up-close and personal with some amazing creatures, both large and small. At the right time and place, visitors can witness natural events on a grand scale, such as the massive annual coral spawning, turtle hatching and humpback whale migrations.

The Great Barrier Reef is managed by the Great Barrier Reef Marine Park Authority (GBRMPA) and is widely recognised as one of the best managed marine protected areas in the world. In 1981 it became the first coral reef to be declared a World Heritage Area. The GBRMPA in partnership with the Queensland Parks and Wildlife Service operate a joint program of management and education, promoting responsible reef practices to support the ecosystem and ensure one of the world’s greatest natural treasures is protected for the future.

The reef receives almost two million tourism visits a year. Many of these visitors actively contribute to its conservation by exploring it with quality accredited operators and participating in volunteer conservation programs.

Stretching over 2,300 kilometres along the coast of northern Queensland, the Great Barrier Reef is the world’s largest reef system comprising more than 2,900 individual reefs; more than 900 islands, thousands of square kilometres of sea grass beds and important mangrove habitats.

Around one third of the world’s soft coral, more than 150 species, as well as more than 450 species of hard coral can be found here.

Over 1,620 species of fish, 215 bird species, 30 whale and dolphin species, and six of the world’s seven marine turtle species have been recorded within this landscape.
The Great Barrier Reef was listed as a World Heritage Area in 1981 as an outstanding example of a reef system, representing the major stages in the earth’s evolutionary history; as well as for its important biological diversity.