When running a marathon is easier than stepping into a lift

Conquer the Cove Marathon is an annual trail running event in the Blue Ridge Mountains near Roanoke, Virginia USA 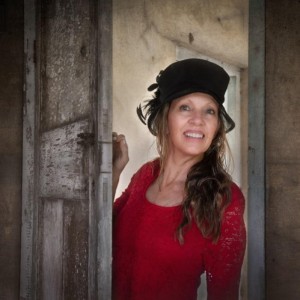 Running the Conquer the Cove Marathon

Would you travel 14, 900km just to run 42km? Fiona Harper flew from Queensland Australia to the Blue Ridge Mountains of Virginia USA to run a challenging trail marathon. It turned out to be less stressful than leaving her Roanoke hotel.

What is your Emergency?

‘Nine one one. What is your emergency?’

‘Um, hi,’ I stammer, trying to keep a lid on rising panic.

‘I am in a lift, and it’s stopped moving,’ I say slowly. Trying not to sound hysterical, I enunciate each word carefully. In the six days that I’ve been in Virginia, I’ve notice that some people cannot understand my Aussie accent. Blank looks or confusion have met my questions or observations. Always politely, I might add. Without exception, southern Americans are nothing if not impeccably polite and respectful, thank you Ma’am.

‘The lift stopped on the way down, and now it seems to be hanging in mid air,’ I explain.

The operator’s reassuring voice is confident and calming. She speaks with careful precision, asking me questions to find out where I am.

The truth is, I don’t really know where I am. Oh, I know what city I’m in. And my sense of direction is usually pretty good. But trying to explain where I am from visual observations proves a little tricky. I flew into the city of Roanoke, Virginia from Australia five days ago. Moments ago I had walked through the lobby, then the gilded front doors of the Hotel Roanoke. Waving a cheery hello to the bell boys (who had made casual conversation about my accent, seemingly laying private bets on it origins), I’d walked across the elevated walkway straddling the train tracks, pressed the lift button to go down three levels, stepped into the lift and watched the doors close.

It's deadly silent as the elevator hangs in mid air

Now, the mechanical whirring has been replaced by silence. I think I can hear my heartbeat, but perhaps I’m imagining it as adrenalin speeds up the blood coursing through by body.  Then the lights go out. I will myself not to panic and take deep breaths. Making myself stay calm, I slide gently down the wall, my legs folding beneath me until I’m kneeling on the floor. My quadriceps and butt muscles scream in agony. I shuffle around on my knees to ease the pain.

In the past few days I’d walked straight past this lift, always eschewing it for the stairs, whether I was going up or down. It was only three floors. I’m a runner – we don’t take lifts, we always take the stairs!

With marathon-weary legs, I take the lift instead of the stairs

But, after running a marathon yesterday I ignored the stairs and took the lift. The Conquer the Cove Marathon’s course took me up some pretty steep inclines in the Blue Ridge Mountains. It was a tough trail run with plenty of elevation on tricky trails. The day after the race my legs, nay my whole body, was feeling weary. Conversely,  I felt I had a metaphorical spring in my step as I planned a leisurely walk around downtown Roanoke as a sort of ‘recovery effort’. I was still feeling the runners high, fuelled by the exhilaration that comes from crossing the finish line of a marathon. That endorphin fix is no myth and is what keeps endurance runners going back for more.

I’d heard about the Conquer the Cove Marathon while planning a trip to the USA as COVID-19 released its hold on travellers. The timing worked perfectly, slotting in nicely with plans in North Carolina and Florida. Perusing the event information online, and talking to friends who knew the area, I was excited to sign up for the run. A challenging trail run taking runners through the magnificent scenery of Blue Ridge Mountains in Virginia is just the sort of challenge I relish.

I’d never visited Virginia, and knew little about the state beyond its intriguing tag line ‘Virginia is for lovers’. The Blue Ridge Mountains with their forest-clad hills woven with hiking, mountain bike and running trails looked like my kind of place.

The Blue Ridge Mountains formed some of soundtrack to my childhood which was swamped with American and country music crooners. The likes of Roy Orbison, Johnny Cash and of course John Denver thanks to Dad’s musical tastes were etched into my DNA.  Mention Blue Ridge Mountains and my brain immediately connects it with Shenandoah River. Start singing ‘take me home’, and I’ll finish the line with ‘country road’. John Denver’s ode to country roads is waltzing through my head as I’m typing.

Joining a couple of hundred runners on the start line in the foothills of the Blue Ridge Mountains, the tune was on repeat in my mental soundtrack. The marathon course took us from Carvins Cove reservoir through the delightfully named Happy Valley where forests filtered the air and every leafy shade of green was on display. Up until the mid-1940s Happy Valley was home to nearly 50 families who lived in the village of Carvins Cove. A thriving community complete with a school, church, farms, orchards and all their homes once stood beneath the lake lining part of the course. William Carvin was the first white settler in the area, setting up home in 1746. The Cove Baptist Church hosted weekly sermons as early as the 1890s.  Carvins Cove cannery had been canning tomatoes, green beans and apples since 1915. Today, generations of family graves and the remnants of chimneys are all that remain. The village and its history was submerged when the valley was flooded in 1946 to create a water catchment reservoir.

Looking over the lake at the start line, I chatted with other runners, trying to get an insight into the the hills  (were they mountains or merely hills, I wanted to know) ahead of us. I was intimidated by the course profile, which had two significant climbs, the larger of the two at the business end of the marathon. I love running hills and had incorporated hill training into my plan, but who was I kidding? I’m a 57 year-old jetlagged woman, here to have fun and just make it around the course without breaking any bones.

I’d flown almost 15,000km in order to run 42.2km, and was going to take as long as it took. Though admittedly, it took longer than I anticipated, requiring all the determination and single-minded doggedness that I could muster to cross the finish line. My right knee blew up in some sort of agonising protest, willing me not to go on. When the ‘sweep’ caught up with me, it was the push I needed to keep going and not throw in the towel. I limped across the finish line in a pained shuffle, tears welling in my eyes with relief.

The pain receded once I stopped running, but now that I was kneeling down in this elevator, the agony of post-marathon muscle damage returned. But the pain in my legs was overruled by my need to stay calm.

Stuck in a dark, unmoving lift, I was in a pickle. Bizarrely, not for the first time since I’d flown into the USA, I felt like I was playing out an American movie. Fed an endless diet of American sit-coms, drama, movies and pop culture since childhood, the lines had often seemed to blur between cliches and real life America. Calling 911 definitely fell into that realm.

'The fire department is on the way'

The light on my phone highlights a red button with ALARM spelt out in capital letters. I press it and hear pealing bells. It’s loud and piercing and I imagine people running towards it. But when I release my finger, I hear no footsteps. The silence, to coin a cliche, is deafening.

The operator tells me reassuringly that she’s in contact with the fire department. When I tell her about the elevated walkway from the hotel across the railway line she says she knows exactly where I am. Hunched down on the floor, I take more deep breaths and relax a little when she says, ‘the fire department is on the way.’

Then, without warning, the lift chugs back into life. The box I’m suspended in whirs and shudders. It makes reassuring lift-like sounds. Without preamble, I feel the lift descend ever so slowly, shuddering slightly as movement stops, as though that was our intention all along. Magically, the doors slide open and I’m bathed in dazzling light.

Rising unsteadily to my feet, I’m unsure whether to laugh hysterically or burst into tears. A young guy waiting for me to vacate the lift before he steps in looks at me oddly. I step over the lift threshold and into the foyer. Still clutching the phone to my ear, I let the operator know that I am safe, that I am out of the lift, and I thank her for being so kind.

‘You have a nice day, ya hear,’ she drawls politely, as I step deliriously into magnificent sunshine beaming down upon the Blue Ridge Mountains in the distance. John Denver pops back into my head…  ‘almost heaven…’ he croons.

Later, returning to the walkway which will take me across the tracks and to hotel I’m confronted with a decision. Do I take the lift or the stairs up to the third floor?

Recalling yesterday’s gritty marathon and the mental games I played with myself, I press the up button. Getting right back on that horse seems like my only choice. While I’d hardly ‘conquered the cove’ with my six-hour finishing time, I had at least conquered my pain. Mentally my game was strong, even if my body had wavered.

Despite the soreness in my legs causing me to walk like a hundred-year-old woman, I seriously consider walking up three flights of stairs. Yesterday’s marathon suddenly seems easier than the mental ping-pong I play while plucking up the courage to ride the elevator again.

I take a deep breath and step into the lift.

Fiona Harper travelled to Virginia USA and Conquer the Cove marathon as a guest of Virginia Tourism and Mountain Junkies.

One year. One travel writer. 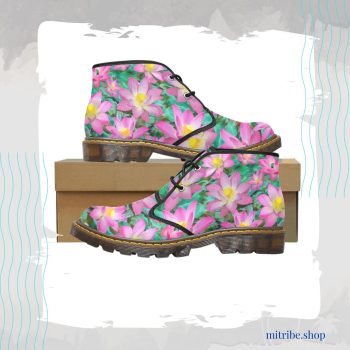 Runners gather beneath eclipse in PortDouglas