Wisemans Ferry is a riverside town surrounded by four National Parks 75 km north of Sydney. Within an hour of Australia’s busiest city, it has all the charm of a country village 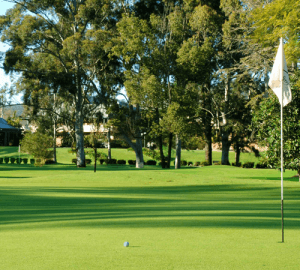 Oozing the sort of rustic charm that comes from being surrounded by natural beauty and tucked into the banks of the Hawkesbury River, the town of Wisemans Ferry owes its existence entirely to the river. About one hour’s drive north of Sydney, National Parks Yengo to the northwest, Marramarra to the south, Cattai to the west and Dhang to the north and east ensure there are plenty of natural attractions to explore and wildlife to discover. Though the scenery is extraordinarily picturesque, the region’s history is fascinating.

With tendrils that reach as far back as 1788 with the First Fleet’s arrival from England, the district was one of the first in Australia to be settled thanks to an abundance of fresh water.  Later, when convicts were shipped to Australia, their labour was used to build roads and municipal buildings, some of which still exist today.

The ferry itself is a cable ferry between the town of Wisemans Ferry and the north bank of the Hawkesbury River.  Named after former convict and its founder, Solomon Wiseman, it’s been in use pretty much unchanged since 1829 when the river was the lifeline for founding inland settlements. St Albans village was a travellers rest north of the Wisemans Ferry Junction where the Macdonald River branches from the Hawkesbury. Nowadays the region is a popular stopover to and from the Hunter Valley wine region a little further north. There are plenty of guesthouses and B&B’s to accommodate travellers, along with cafes and restaurants to satisfy hunger pangs. 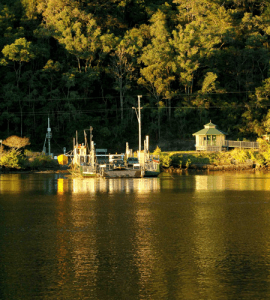 Riverside caravan parks and camping grounds are popular for those seeking peace and quiet. So too small boat owners and kayakers who enjoy pottering leisurely along sparsely populated river banks. BBQ areas and picnic spots are plentiful. Scores of walking and mountain bike trails meander through parklands and National Park bushland.

Golfers should head to Australis Retreat at Wisemans, a small country retreat positioned on the river bend opposite Dhang National Park. The 9 hole (par 34) golf course has tree-lined fairways and is surrounded by natural bushland, making it a popular wildlife habitat. Don’t be surprised to see kangaroos and wallabies grazing on fairways while cockatoos and kookaburras cries fill the air.