Riding the Savannah Way on Cairns to Karumba Bike Ride

The Cairns to Karumba Bike Ride is an annual fundraiser that starts in Cairns, finishing seven days later across Cape York on the shore of the Gulf of Carpentaria. Raising funds to support distance education for kids in remote communities, a convoy of volunteers and support crew follow the riders across the Savannah Way. Communities roll out the red carpet as Dirty Boys (mountain bikers) and Rugged Roadies (road riders) roll into town hungry and thirsty after a day in the saddle. The event supports some pretty heavy numbers on its broad dust-cloaked shoulders:

Fiona Harper roped along two running buddies, forever known as CRoMBi’s – Chick Runners on Mountain Bikes,  for the dirt ride to Karumba. Mother Claudette played a starring role, volunteering with the catering crew and driving the aptly named ‘mother ship’, a plush Euro Camper from Apollo Campers, which became a haven of civilisation for saddle-weary bodies at the end of each day. 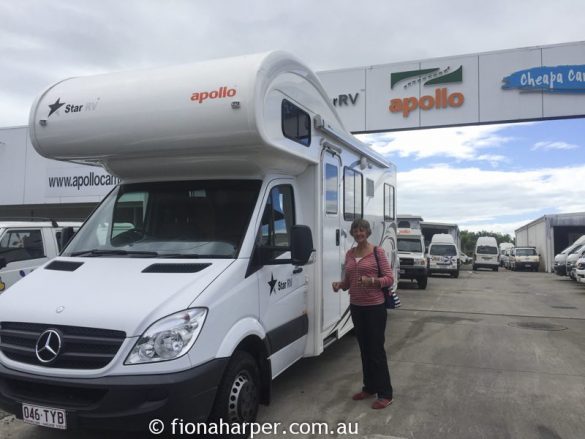 Picking up the 'mother ship' from Apollo Campers in Cairns 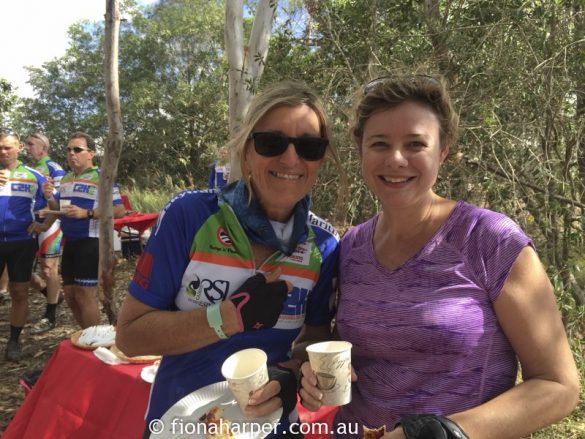 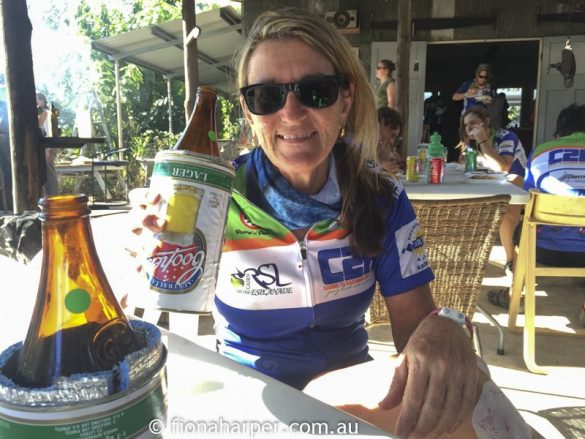 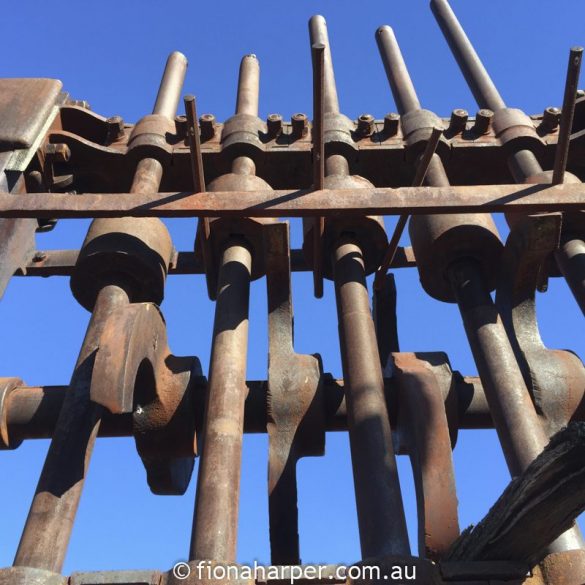 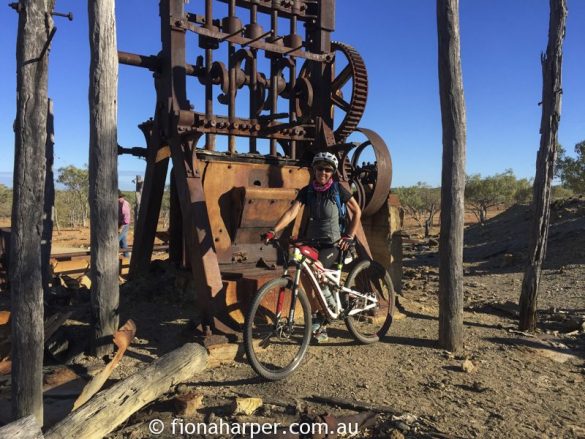 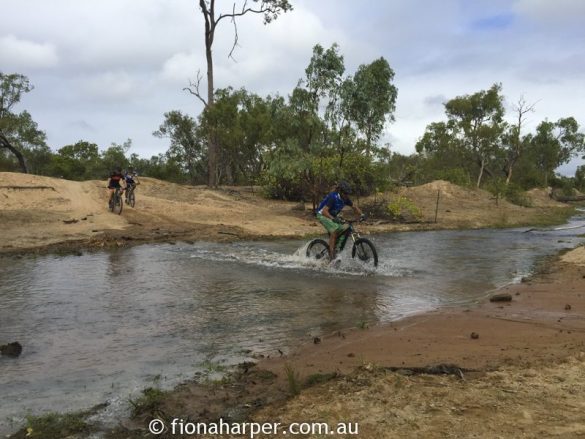 River crossings were mandatory before lunch 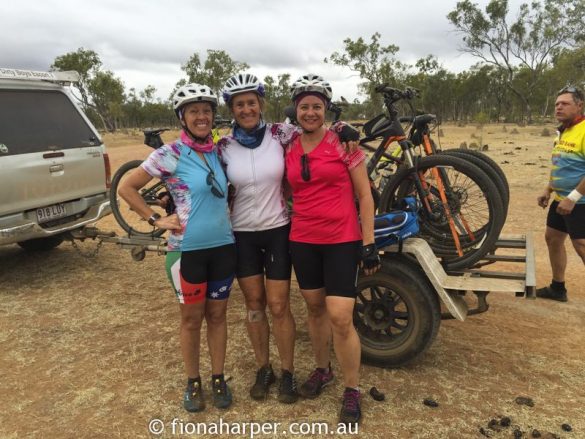 The end of a dirty, dusty fun day 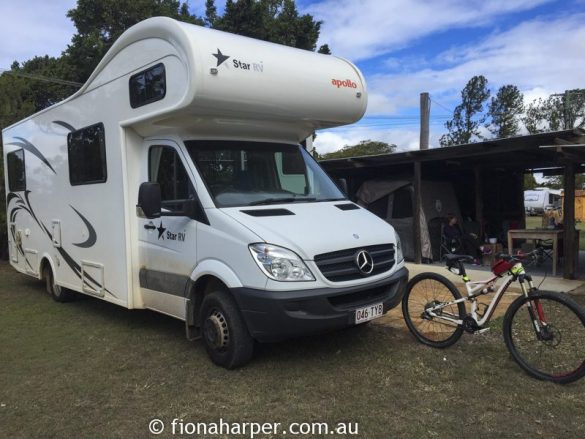 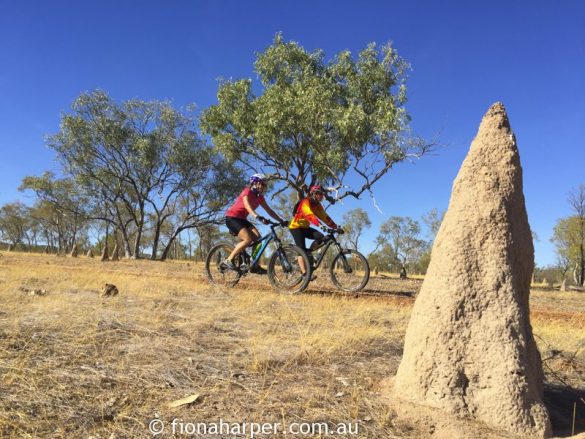 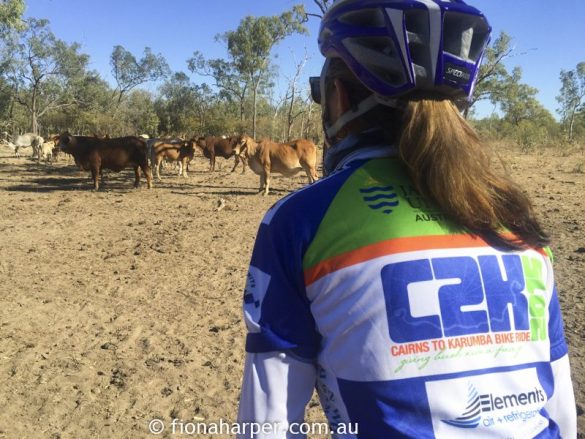 Riding through cattle stations, the hoofers always had right of way 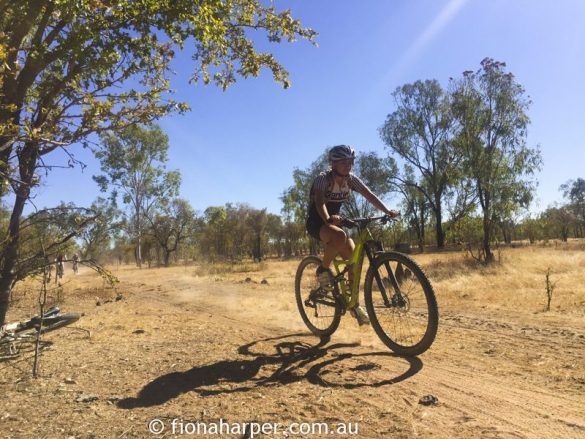 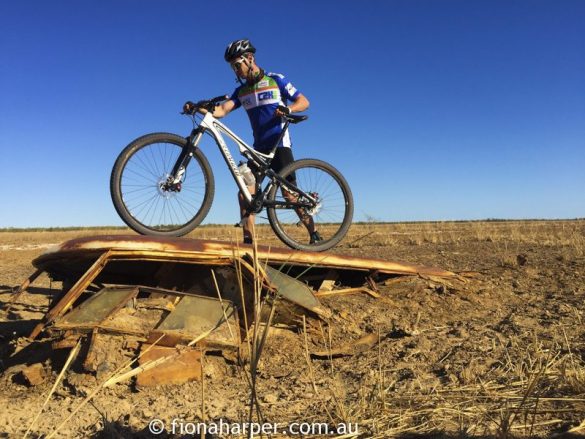 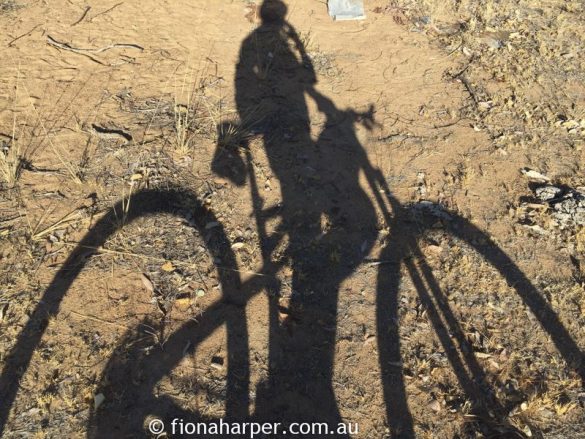 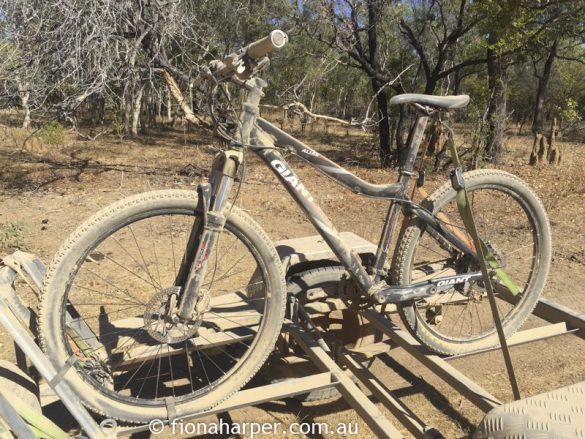 Dirty Boys definitely got dirty - the further west, the dustier it got! 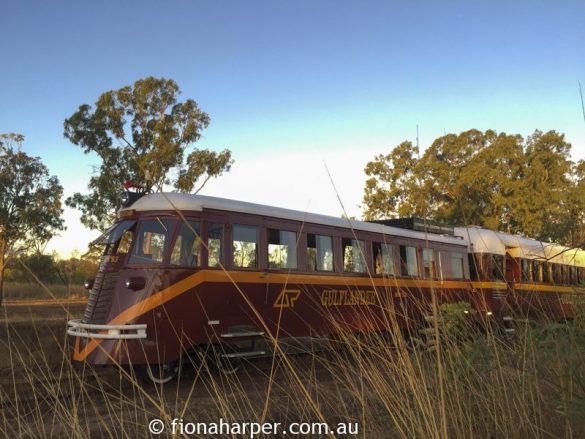 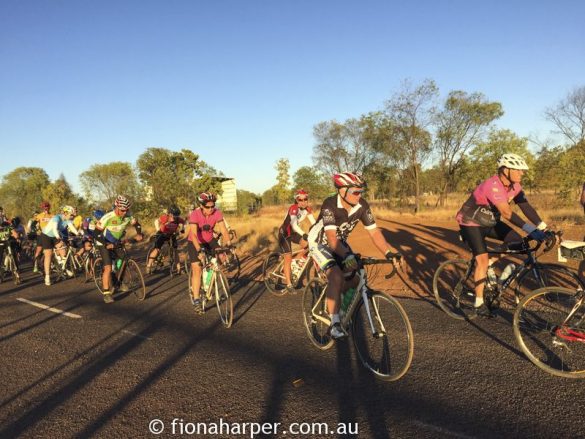 Rugged Roadies setting out from Croydon 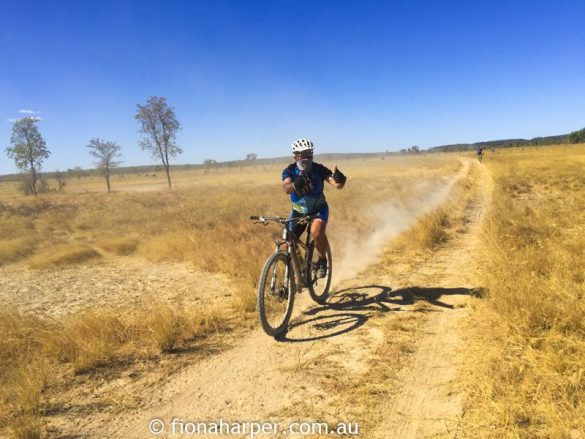 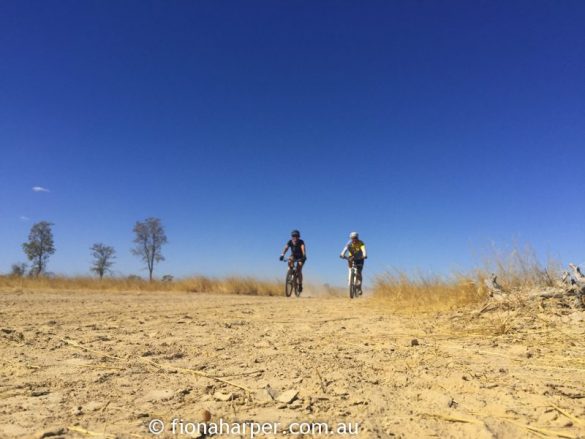 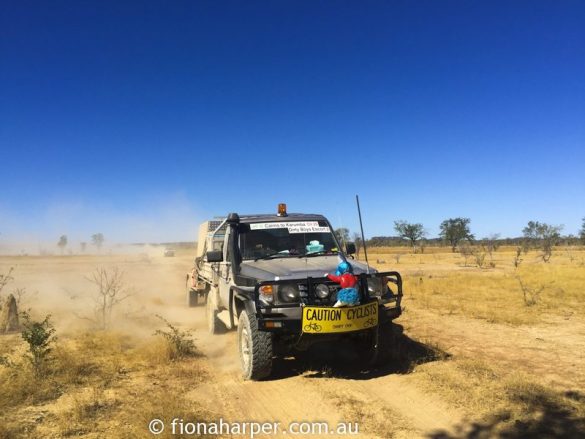 Escort vehicles kept hungry riders fed, fuelled and supported - we couldn't have ridden without you - thanks guys! 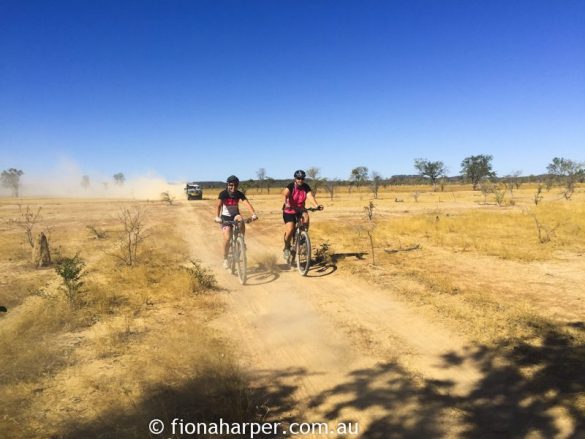 This is what it's all about - fun riding! 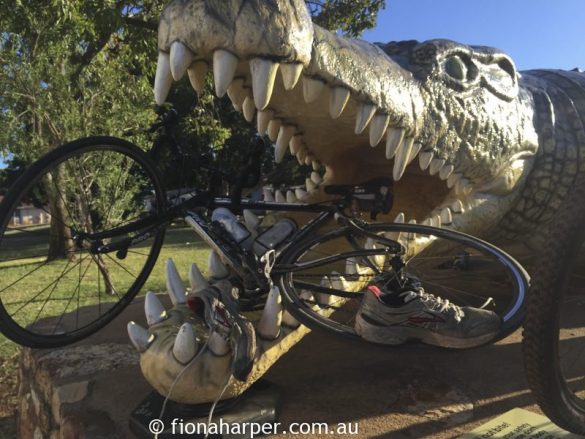 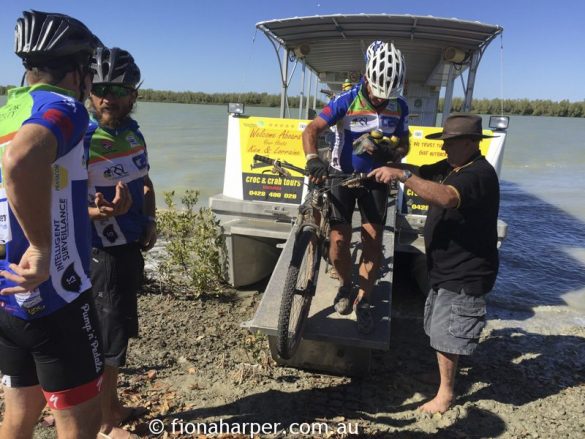 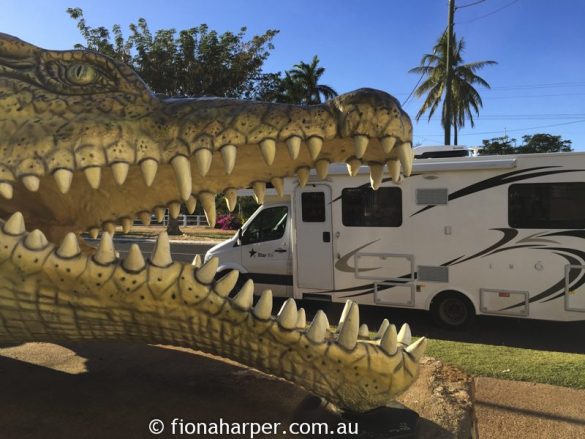 Normanton's Krys the Croc is bigger than the Apollo mother ship 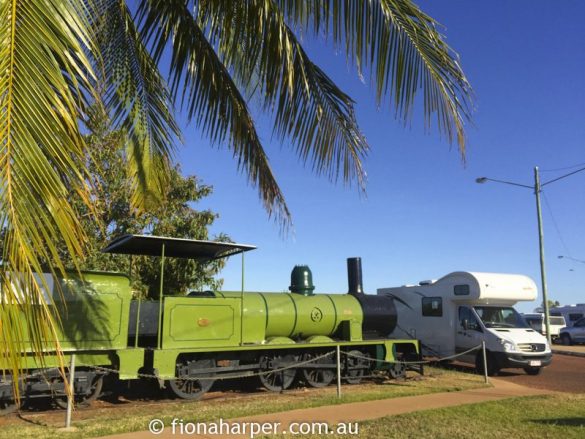 The old and the new ways of traversing the Savannah Way 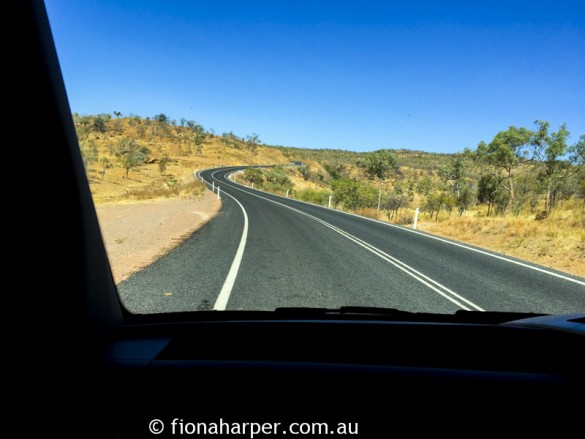 The return journey back to Cairns
6
FacebookTwitterPinterestLinkedinTumblrRedditEmail