With not a whisper of wind to rustle the trees overhead, the only sound I hear is the breath of heavily-maned cats nearby. There are surely other bush sounds all about, but I block them all out as I watch, mesermised. All I can hear is lions breath.

Two young male siblings are sprawled on the coarse sand a few metres from where I sit. Bizarrely, considering my close proximity, I’m keenly waiting for the Kings of the Jungle to wake from their day-long slumber as night descends. Their front paws the size of dinner plates, supine, they look deceivingly docile.

Jimmy Buffet did a funky, laid back version of the Bruce Cockburn song, Wondering Where the Lions Are. Bounding through the scrubby bush of Timbavati Private Game Reserve in South Africa the title is the only line I can recall from this song. It’s been bouncing around in my head on a moronic repeat cycle.  Thankfully our trackers’ minds are more focused. Though no doubt they’re been wondering the same thing as they poke amidst the lion paw prints and scat they’ve been following. It seems the lions were hunting overnight and their confusing tracks caused some angst for trackers intent on producing one of the Big Five for six eager guests. 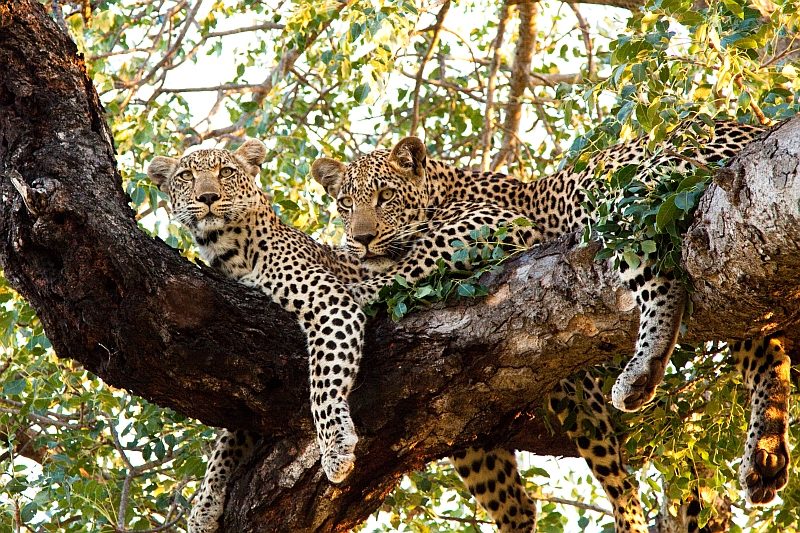 Leopards rest in a tree after feasting on impala

We’ve lobbed into Limpopo region in northeastern South Africa for a peek at some of the wildlife that roam free in this vast wilderness. Abutting Kruger National Park, Timbavati reserve benefits from the enormous tract of land that is fence-free. Wildlife literally, have the run of the place. It’s the reason we’re here.

Remarkably, it doesn’t take long before we start ticking off an impressive list of sightings. Two leopards, including a recent impala kill, rhino, buffalo, elephant, giraffe, seemingly thousands of impala, ngala and other unidentifiable deer-like creatures, baboon, warthog, zebra. The list goes on. Around every corner a surprise awaits, to the point where conversation in the jeep eventually stops as our excitement turns to incredulity. With so many cloes up encounters soon we start to nonchalantly point out animals as our jeep hurtles through the bush, on the trail of yet another leopard before we lose the afternoon light.

Never growing tired of spotting creatures in their natural habitat, I fear I will not be able to visit a conventional citified zoo ever again. But that’s not a bad thing. It’s just more incentive to return to South Africa. 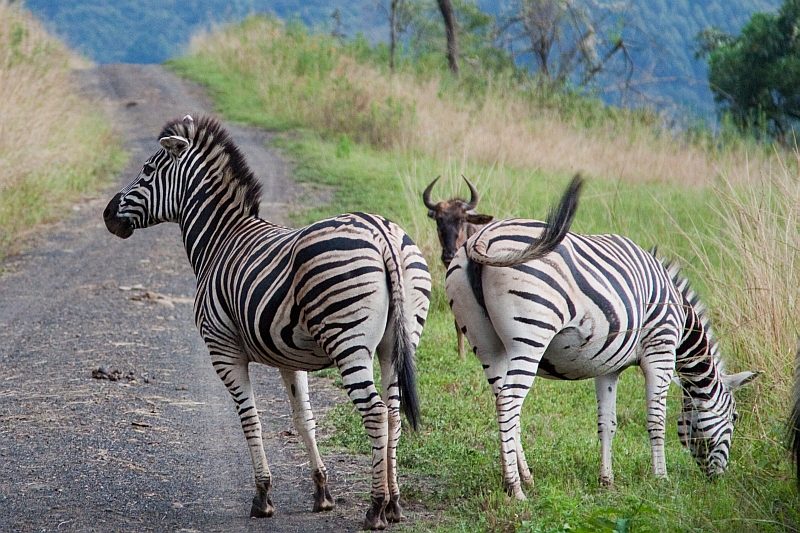 Eye catching zebras missed out on the camouflage gene

Fiona Harper was a guest of South Africa Tourism 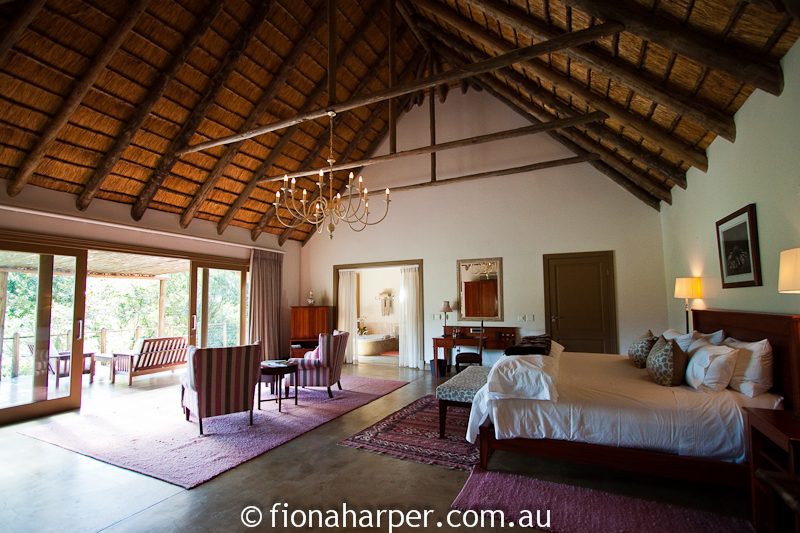