Shopping for love onling, the Australian Financial Review estimates that online sales exceeded $20 billion in 2016, leaving no doubt that online shopping has been a game changer. There are few products that can’t be bought online. Yes, you can even find love online. Yachts too. Years ago I bought a clapped-out timber boat on eBay, sight unseen, with a vague thought (I won’t even try and justify my impulsive purchase by claiming to have a plan) that it could become my floating home. eBay graciously permitted me to retract my ‘winning bid’ but not before banning me from online shopping for three months.

But I’d never dabbled with shopping for love online until a few years ago. I’d washed up in Cairns reeling from a messy breakup from a relationship that developed after a chance Melbourne meeting eons ago. With legal bills causing conniptions, I had lost some weight (the upside to losing an appetite for life), re-established my career, travelled to far-flung places and found an inspiring new tribe amongst a running group. I relished being single and luxuriated in having a bed, actually a whole house, to myself. Not answering to anyone while having ‘me’ time to train for marathons was deliriously selfish. Life was all about me and I was in no rush to jump back into the relationship pool.

But invariably, loneliness surfaced too. There was no one to celebrate the simple joys of life with. There was Facebook of course, but friends soon tire of a social media feed filled with lust-worthy photos from a travel writer gallivanting around the globe. They soon tired of freakin’ endurance running and riding event posts too! 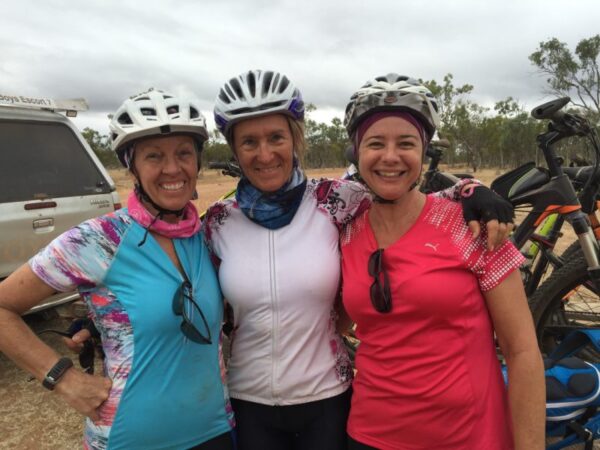 As a travel writer I’m presented with extraordinary experiences near and far. I’ve lost count of how many ridiculously plush suites I’ve rattled around in (yes, four bathroomed suite on Laucala Island I’m looking at you). But I’m usually on assignment, and always on my own.

Such hotel suites ooze romance. There’s the king size bed with a gazillion thread count Egyptian linen. Walls that peel away from a bedroom revealing a twinkling ocean. Private swimming pools. A personal Butler on hand in case I need, oh let’s say, a helicopter to pick me up from the hotel’s rooftop helipad (as you do…). A choice of bathtubs, whether indoors or out. Let’s not forget the shower with twin rain shower heads. I imagine a post-coital disheveled couple sharing their holiday plans, each standing under their own aquatic cascade, chatting about the day ahead, tea cup just beyond the cavalcade of water, maybe even a slice of vegemite-smeared toast. Nearby hang two matching bathrobes.

Then there’s the on-arrival ice-bucket with complimentary bottle of champagne beside a plate of delicate snacks and a welcome note. Two glasses. One person. Honestly, my liver has suffered without another to help demolish these gifted bottles of bubbles!

It’s the two glasses that characterised my lonesomeness, not only of life on the road, but also once I returned home. With the lights of London or the sexy Tahitian moonlight bouncing off my keyboard, invariably I’d polish off the whole bottle solo as I tapped away at my laptop into the night. Deadlines don’t care about lonely hearts.

Motivated by preserving rather than pickling my liver for another 30 years or so, I decided to find someone to share the champagne with. 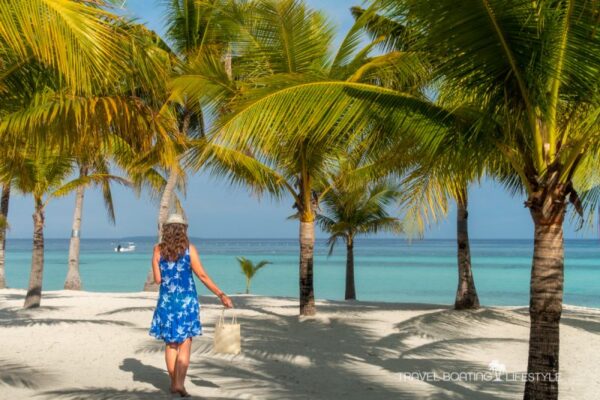 You’d think with the amount of travel I do I’d meet interesting men in departure lounges all over the world, ah-la Pretty Woman. But Richard Gere didn’t get my memo so, instead I advertised for a Travel Writer’s Plus One.

This was a very personal callout and I was wrought with angst. But, let’s face it, the more left-field the adventure, the more the appeal it has for me (yoo-hoo! 3 marathons in 3 days…). Admittedly, I drew the line at eating ox penis in China and there’s no way you’ll entice me to jump from a bridge with an elastic band strapped to my ankles. Bungy jumping and I will never be friends. Not ever. But I am partial to stepping outside my comfort zone, so it wasn’t totally off the radar to find love online nor so publicly. Which is where this story started if you recall, if you’ve kept up so far…

Tossing the dice of life into the air to see how they fall, sometimes I get wild polar bears roaming outside the window at breakfast. Other times it’s waking up with frozen hair before squatting behind a rock baring my butt to Mt Everest and calculating the poop versus (limited) tissue equation, while awaiting the medivac rescue helicopter.

Note to aspiring travel writers: always have travel insurance. And carry more tissue packs than you think you’ll ever need.

I equated looking for a Travel Writer’s Plus One with online shopping for grown-ups. Using the same process I’d use to find a new smart phone or laptop, I narrowed my Plus One search down to a wish list of desirable qualities. Some, like a reliable operating system (wardrobe audit applied) and a sizable, fully-functioning hard drive (along with dental hygiene), were non-negotiable.

‘Must be able to travel to exotic destinations at short notice. Aversion to the mundane a must,’ I itemised optimistically. These attributes were swiftly followed by a ‘sense of humour and adventure a distinct asset,’

Many applicants clearly skimmed the brief. Particularly the urban women who registered their interest. While I appreciated the hands of solidarity proffered, my envisioned Plus One was more likely a man both of adventure and means.

Dabbling in popular dating sites was a lesson in soaring optimism and crushing humiliation. Oh, there were a few short-term diversions from loneliness and one friendship that managed to survive long after the intimacy died. But I found online mate shopping mostly soul-destroying. 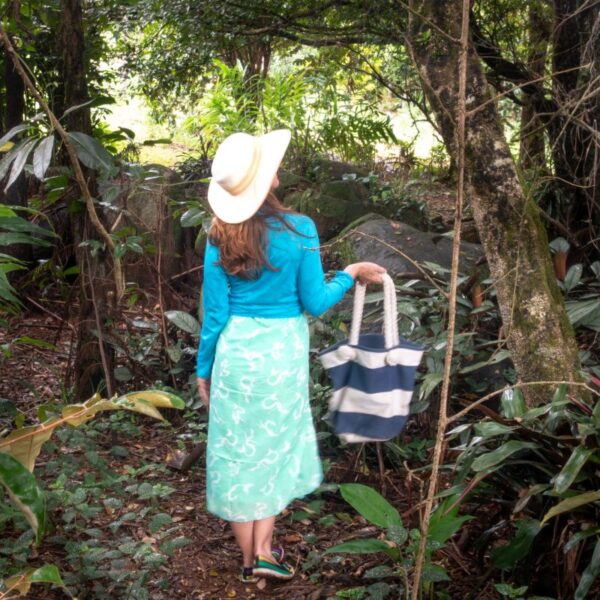 Refining the search for love online

Then  a reminder from a sailors dating site encouraged me to check in after a long absence. Having determined that my Plus One would, in addition to the above criterion, be able to converse, laugh and sail a yacht while balancing a glass of wine, (hey, don’t judge me – why not shoot for the moon!), I re-activated my profile.

SPD, whose profile claimed him to be ‘Living the Dream’, looked promising enough for me to invest the required $92.66 to make contact. At the time it seemed like money well spent.

As we chatted awkwardly online while sounding each other out Devita found my callout for a Travel Writer’s Plus One while googling me. Swiftly advancing from emails to skype calls lasting up to four hours at a time, we decided to meet. Trouble was, he was in Fiji, I was in Australia so a quick coffee date with an exit strategy was out of the question.

Tossing the dice of life again, I had an assignment in Fiji so we arranged to meet. On the four-hour flight between Brisbane and Nadi I wondered what awaited me.

‘What the hell am I doing?’ was on rewind in my head while my Nigerian scam radar was on high alert.

Most first dates start with a coffee chat and a strategic exit plan in case it was a total disaster. I was flying to Fiji to spend three weeks on a yacht with a man I’d never met. And I had invited him to accompany me on a work assignment reviewing a luxury hotel. It was a risk both personally and professionally. There was no exit strategy. I was fraught with anxiety.

Wearing a traditional sulu and a colourful Bula shirt almost as bright as his smile, Devita was waiting at Nadi airport as I cleared Immigration. He draped an aromatic frangipani lei around my neck which had been made by hand and blessed with hope by his sailing tribe friends. His heart was filled with love and passion. Big dreams too.

I had found someone to share the champagne with. Or so I thought.

Sadly, despite multiple attempts to keep it afloat, the relationship sunk like a yacht in a tropical storm, then bottomed out irreparably after Devita showed the true nature of his lowly character as our ship foundered.

I’m still shopping online. The jury is still out on whether the money was well spent shopping for love online. There’s certainly been a wealth of material collected for writing purposes, making the $92.66 investment a screaming bargain.

I love hearing about the process from your point of view, and I can just imagine your first impression of Devita’s smile. Good on ya for taking the leap, and we are so enjoying keeping up with your adventures. Give him a hug for us – I hope we get to meet someday. All the best.

Thanks Susan for following our adventures

Oh yes straight from the heart, soooo much in common may it last for eons.

Thanks Molly thrippo, we hope it will last for eons too x

Yay, Fiona, we (Aussie Dave) and I are so happy you did ‘pitch up’ and take that leap of faith that he was real and not the scammer that he might have been. Good for you for being brave, which you seem to have in spades, as well as talent. Bravo, love this article!

Big hugs from us.

Thank you Rose for your kind & thoughtful words. Happy to hear that you enjoyed the article x